Novak Djokovic eased into his 50th grand slam quarter-final with a straight-sets victory over Cristian Garin on Centre Court at Wimbledon.

The world number one made it 18 consecutive slam wins as he chases a third title of the year and 12 consecutive sets taken at the All England Club this year with a 6-2 6-4 6-2 success.

Had he been able to pick an opponent for a last-16 clash at Wimbledon, he could have done a lot worse than Chilean Garin who, despite being seeded 17th, is a clay-court specialist and had never won a match at SW19 prior to this year.

He had benefited from a kind draw to make it this far and he got a taste of the afternoon he was in for as Djokovic won the first eight points of the match and raced through the opening set.

Garin dug in well at the start of the second, holding his own in rallies a lot better and forcing Djokovic into a few uncomfortable moments.

Play was stopped in the fifth game as rain began to fall but it was so brief the players had barely sat down before they were back out on court.

Djokovic began to ramp up the pressure and, after failing to take five break points through the first seven games of the set, he found a way through to make it 5-4 and did not look back.

Djokovic will play Marton Fucsovics next, who finally defeated his nemesis Andrey Rublev.

The Russian fifth seed had beaten Fucsovics three times this year but the Hungarian won 6-3 4-6 4-6 6-0 6-3 to reach his first grand slam quarter-final. 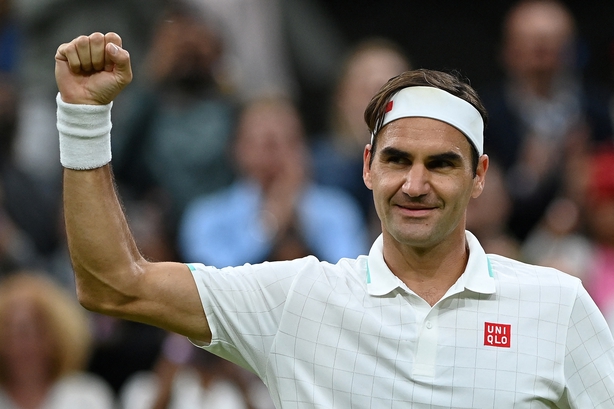 Eight-time champion Roger Federer also made the quarters for the 17th time in his career.

Second seed Daniil Medvedev was two sets to one up and 3-4, on serve, in the fourth when his match against Hubert Hurkacz was curtailed by rain. The winner will face Federer.

Karen Khachanov required five sets to end the dream of debutant Sebastian Korda and progress into the quarter-finals.

The 25th seed equalled his best ever showing at a grand slam after he also made the last eight at Roland Garros in 2019 and in the process spoiled the 21st birthday of his opponent, who will rue his missed opportunities.

Felix Auger-Aliassime saluted the finest victory of his career after beating Alexander Zverev at SW19 to win a five-setter for the first time.

Auger-Aliassime had only been the distance once before, losing from two sets ahead against Aslan Karatsev at last year's US Open.

The 20-year-old also had a two-set lead against fourth seed Zverev, who has already played an incredible 25 five-set matches in his relatively short career, winning 16 of them.

Zverev looked a likely winner when he finally rediscovered his first serve and levelled the match at 2-2.
But Auger-Aliassime found another gear just as Zverev's serve deserted him again in the decider.