World number one Ash Barty on Saturday declared herself fit and ready to launch her Wimbledon campaign as she looks to emulate fellow Australian Evonne Goolagong by winning the grasscourt major 50 years after her idol achieved the feat.

Barty, who is the first indigenous Australian since Goolagong to top the world rankings, will mark the golden jubilee of the victory by wearing a dress inspired by the 69-yar-old's 1971 Wimbledon outfit.

"For me to be able to wear an outfit inspired by Evonne's iconic scalloped dress is really amazing. Before we had put in the process of creating my version of her iconic dress, I wanted to make sure she was okay. Called her and asked her. She was really excited.

"I hope that my version of it, my outfit, can do the same for the next generation of indigenous youth coming forward." 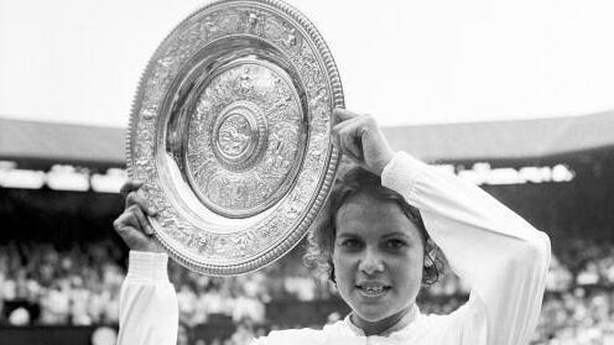 Goolagong said the scalloped dress was her favourite and Barty's tribute was a "wonderful honour" for her.
Barty, 25, will be hoping to become only the third Australian woman to win Wimbledon after Margaret Court and Goolagong Cawley, who also won a second All England Club title in 1980.

The Queensland native, who picks grass as her favourite surface despite winning her maiden major on Parisian clay in 2019, arrived in London with a lack of match practice on grass and a worrying string of injuries in the past one month.

Her Roland Garros campaign was curtailed in the second round when she had to retire due to a hip injury she suffered in training while a muscle strain in her serving arm forced her to quit during the quarter-finals in Rome.

"Now I feel like I'm fit, I'm ready to play, I'm excited to play," who will kick off proceedings on centre court on Tuesday in the absence of defending champion Simona Halep, who withdrew this week with injury.

"My preparation has been as good as it could be. I couldn't ask anything more of myself to give myself an opportunity to play here at Wimbledon.

It will be an emotional first-round match for Barty against Spain's Carla Suarez Navarro, who recently returned to competitive tennis after battling cancer.

Suarez Navarro, currently ranked 138th in the world, said she intended to quit at the end of the 2020 season but now hopes to retire after the Tokyo Olympics.

"It's incredible to have Carla back. When she came back on tour, it was just a sense of excitement from everyone," Barty said. "I think for me to be able to experience opening Centre Court on Tuesday with her is going to be really cool.

"I hope that we have a great match."