Rafa Nadal continued his quest for a record-extending 13th French Open title with a 6-1 6-0 6-3 crushing of American Mackenzie McDonald to advance into the third round.

The claycourt master played deep, used his forehand to devastating effect to set up a meeting with Japanese Kei Nishikori or Italian Stefano Travaglia.

After world number 236 McDonald won the second game, Nadal bagged 11 games in a row to move two sets up and despite some resistance from his opponent early in the third set, he had no trouble improving win-loss record at Roland Garros to 95-2. 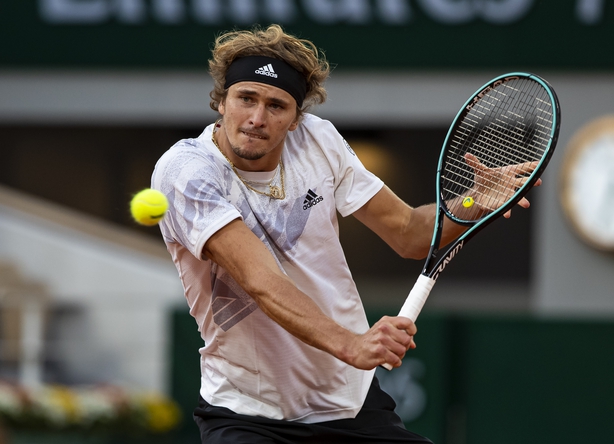 Critics have often questioned Alexander Zverev's mental toughness but when it comes to five-set marathons at the French Open the German's fortitude cannot be doubted.

The 23-year-old sixth seed was nowhere near his best against French doubles specialist Pierre-Hugues Herbert but chiselled out a 2-6 6-4 7-6(5) 4-6 6-4 victory.

He has now won all six of his matches that have gone to a deciding fifth set in Paris and six of his last seven anywhere - the one loss coming in a heartbreaking defeat to Dominic Thiem in this month's US Open final.

"I'm pretty fit," Zverev said after battling Herbert for a minute under four hours when asked for the key to his success in fifth-set deciders. "You know, sometimes I just feel like I find a way, like today. Today I was not the better player on court.

Zverev will next face Italian Marco Cecchinato who he beat en route to this year's Australian Open semi-final.