Kiki Bertens left the court in a wheelchair after scraping into the third round of the French Open and was then accused of faking injury by opponent Sara Errani.

Fifth seed Bertens and qualifier Errani, a former finalist at Roland Garros, played a wild match before the Dutchwoman finally prevailed 7-6 (5) 3-6 9-7 after three hours and 11 minutes.

There were 24 breaks of serve and Bertens saved a match point before taking her third chance and falling to the court, where full body cramps took over.

Errani, who had early appeared to mock her opponent's struggles by grabbing at her leg, left the court without acknowledging the stricken Bertens and did not hold back in her press conference.

The Italian said: "I don't like when somebody is joking on you. She played an amazing match, but I don't like the situation. For one hour she's injured, then she run like never. I don't like that.

"She goes out of the court on the chair, and now she's in the locker room perfect, in the restaurant. I don't like these things.

"Then after people say to me that I'm an unfair person. It's funny for me these things. I don't think she did a good attitude on court. I didn't like that."

Bertens laughed off Errani's comments, saying: "She can say whatever she feels like but maybe I should take some more acting classes or should pursue a career in that. I'm not sure what she's thinking, but, no, I didn't feel really good on court.

"I don't want to try to take it too personal because I also know her frustrations. I think she's also frustrated with herself that she could not close out that match." 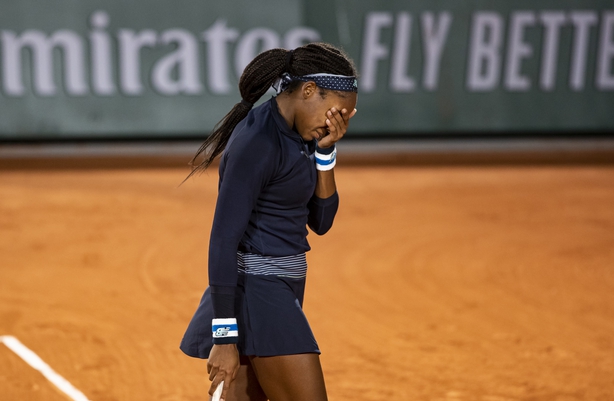 American teenager Coco Gauff was knocked out after losing her way following a solid opening set in a 4-6 6-2 7-5 defeat to Italian qualifier Martina Trevisan.

On the day 23-times Grand Slam singles champion Serena Williams withdrew with an Achilles injury, Gauff was looking to keep the Stars and Stripes flying but she eventually flagged, serving two double faults in the last game.

The 16-year-old, the youngest player in the main draw who reached the fourth round of the Australian Open this year as well as at Wimbledon in 2019, was in control before allowing her opponent into the contest.

Trevisan then took full advantage to set up a meeting with Greek 20th seed Maria Sakkari. 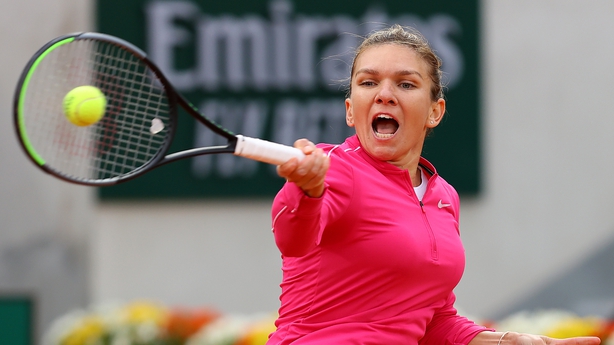 But US Open finalist Victoria Azarenka is out of the tournament after a 6-2 6-2 defeat by Anna Karolina Schmiedlova, who had not won a grand slam match for five years prior to beating Venus Williams in round one.

Azarenka's exit, coupled with the withdrawal of Serena Williams, means none of the US Open semi-finalists are still left in the tournament.

The 10th seed did not blame the quick turnaround, though, saying: "I felt like nothing really was working, but I still had to find a way to win, and I didn't. So it's a lesson for me to learn how to be more courageous, to go for more. And I will learn from it, for sure." 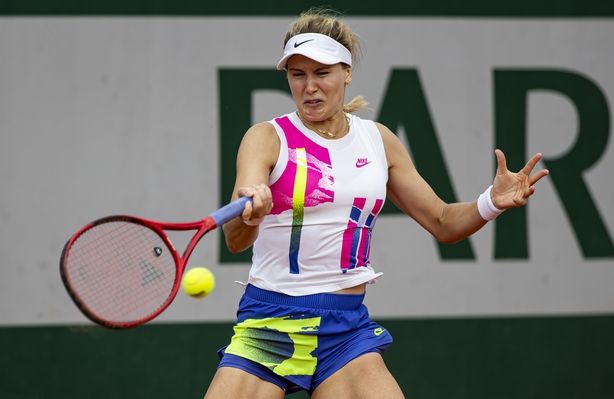 Former Wimbledon finalist Eugenie Bouchard, meanwhile, reached the third round of a grand slam for the first time in nearly four years with a 5-7 6-4 6-3 win over Daria Gavrilova.

Bouchard has spent several years in the doldrums but has been revitalised since the resumption of professional tennis and is making the most of her wild card.

The Canadian, who is now 26, said: "I think I've had tough moments, for sure. I think deep down, still believing in myself no matter what, knowing my skill can't just go away, knowing that I've achieved success before, it's just something that I'll always have, reinforces my belief.

"I'm proud of taking advantage of the opportunities. I've tried to push myself in every chance I've had because I know there are so few."