Australian Open finalists Novak Djokovic and Dominic Thiem are on a collision course to meet again in the US Open final after they were placed at opposite ends of the draw on Thursday.

World number one and top seed Djokovic clinched the year's first Grand Slam when he beat Austrian Thiem in five sets and the Serbian is unbeaten with a 21-0 record in a season upended by the Covid-19 pandemic.

With five-times winner Roger Federer and defending champion Rafa Nadal skipping the tournament due to injury and Covid-19 concerns respectively, Thiem was named the second seed. 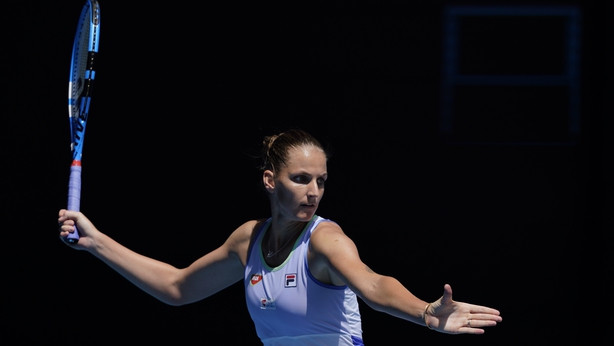 With six of the women's top 10 skipping the tournament in New York, the Czech Republic's Karolina Pliskova [above] is top seed and she begins her quest for her first Grand Slam title against Ukraine's Anhelina Kalinina.

Serena Williams, looking to clinch a record-equalling 24th Grand Slam, is the third seed and she meets compatriot Kristie Ahn. Serena's unseeded sister Venus, playing in her 22nd U.S. Open at the age of 40, takes on 20th seed Karolina Muchova.