Roger Federer continues to defy the ageing process but even the great Swiss will know the window of opportunity to add to his Grand Slam haul is growing narrower every passing month.

Yet when the 38-year-old begins his 21st Australian Open campaign next week only the foolhardy would write off his chances of another Melbourne miracle.

Federer is bidding for a seventh Australian Open title and a record-extending 21st Grand Slam trophy but will require a near-perfect fortnight and a slice of fortune to achieve it.

His path is littered with obstacles, some more familiar than others. 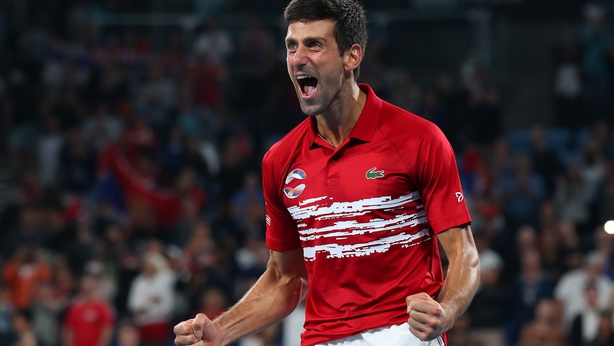 Champion Novak Djokovic, fresh from leading Serbia to the ATP Cup title, will loom over the draw while world number one Rafael Nadal arrives fighting fit.

Then there are the likes of Greek Stefanos Tsitsipas and Russian Daniil Medvedev, the leaders of a fearless next generation, both desperate and destined to land a first Grand Slam title.

Unlike all of his rivals Federer, who last tasted Grand Slam glory at the 2018 tournament Down Under, opted against playing for Switzerland at the ATP Cup, preferring to pack in some more family time before launching his 22nd season.

His last match was a defeat by Tsitsipas in the ATP Finals in November. Then again Federer usually hits the ground running in Melbourne, memorably three years ago when, after a six-month injury lay-off, he beat Nadal in an epic final to win the title.

In 2018 his first official tournament was the Australian Open and he won that too.

"I've trained long and hard in the off-season and I didn't have any setbacks, which is crucial."

Since beating Marin Cilic in the 2018 final it has been a tale of 'what might have been' for Federer. 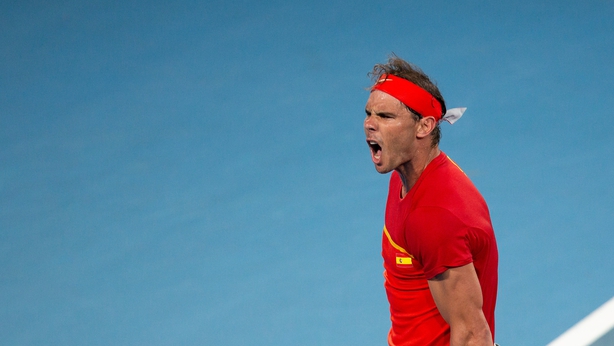 He squandered two match points against Djokovic in last year's Wimbledon final and knows Nadal, with 19 Grand Slams, is now breathing down his neck in the race to end their respective careers with the most major silverware. Djokovic has 16.

He will arrive refreshed though and with the fast Melbourne courts suiting his game down to a tee, Federer will view the next fortnight as a realistic opportunity to put a little daylight between himself and Nadal.

Tsitsipas toppled him in the fourth round last year, after which he reached the semi-finals at the French, the final at Wimbledon and the U.S. Open last eight.

Former Australian Open champion Mats Wilander does not regard Federer as a favourite, but says he will be dangerous.

"I think the Tsitsipas loss will be a sour memory," Wilander said.

"But he won his most surprising Grand Slam in 17 and miracles still happen in Melbourne for Roger."

Whatever happens the world number three will almost certainly chalk up a few more milestones in Melbourne.

His 21st consecutive main draw appearance will put him ahead of Lleyton Hewitt and if he wins three rounds he would reach the 100 mark for matches won at the tournament.

The one record he will really care about though is to become the oldest Grand Slam champion in the professional era - edging out Ken Rosewall who won the 1972 Australian Open aged 37.