Novak Djokovic battled past Roger Federer in the longest Wimbledon final in history to match Bjorn Borg by winning his fifth title.

In one of the most dramatic matches the All England Club has ever witnessed, Djokovic defied a crowd screaming for his opponent by becoming the first player to win a singles match on a deciding tie-break. 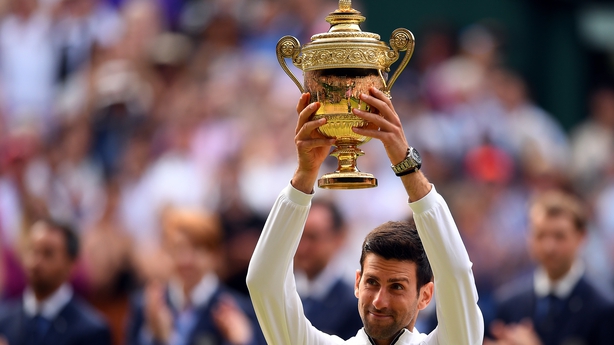 Federer had hoped to follow up his emotional semi-final victory over Rafael Nadal by completing the double over his other great rival for the first time at a grand slam and fought back well having twice been a set down but this will be one of his most painful losses.

Djokovic has now won four out of the last five major tournaments, taking his overall tally to 16 and making Federer's record of 20 seem ever more within reach.

The historical importance was a key theme of this final, with 37-year-old Federer staring at perhaps his last chance to put further distance between himself and his younger rivals.

Nadal is only two adrift and showing no sign of letting his iron grip on the French Open slip, while Djokovic has been open about the fact he is playing for history.

That perhaps played a part in this strange match, which rarely hit the heights in terms of sustained quality yet had enough plot twists for a feature-length thriller, even before its extraordinary deciding set.