Roger Federer gained his revenge 11 years on with victory over great rival Rafael Nadal to reach a 12th Wimbledon final.

A rematch of their classic 2008 title decider, won in five pulsating sets by Nadal, had been anticipated more than any match for years at the All England Club and it did not disappoint.

The final stages were packed full of extraordinary tension and drama, with Nadal saving four match points but, after three hours and two minutes, it was Federer, a month shy of his 38th birthday, who clinched a 7-6 (3) 1-6 6-3 6-4 victory and the chance to take on Novak Djokovic on Sunday, who earlier defeated Roberto Bautista Agut in four sets.

Should he win, it would give the ageless Swiss a ninth Wimbledon title and take him to 21 grand slam trophies, three ahead of Nadal and six clear of Djokovic.

This was Federer and Nadal's 40th meeting, a clash of styles and personalities that dates back 15 years and continues to capture the imagination like nothing else in sport. 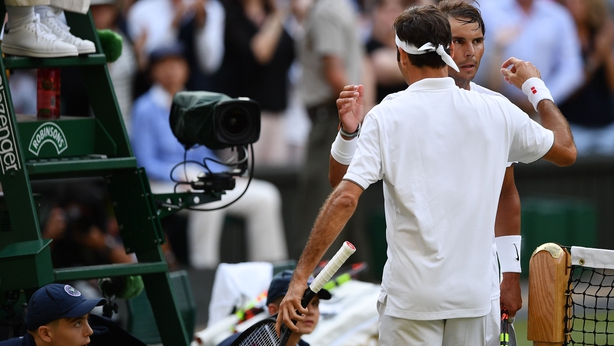 Nadal had won 24 of their previous 39 matches and 10 of 13 at the slams but victory for Federer in the 2017 Australian Open final had shown him that he could win again when it mattered most.

Indeed, Nadal had not beaten Federer on a surface other than clay since 2014, ending a run of five straight defeats in the semi-finals of the French Open last month.

But the 33-year-old has played on grass without pain in his knees for the last couple of years and had looked in fine fettle throughout this fortnight.

The Spaniard's serve had been particularly impressive - he went into the match having served more aces than Federer - and the first set was notable for how few rallies there were.

John Isner or Ivo Karlovic would have been proud of the serving statistics both men produced, with the only break point coming in the eighth game and saved by Nadal.

Federer was getting significantly more returns in play, though, and in the tie-break that paid dividends.

Nadal was twice an early mini-break up but Federer won the final five points to take first blood, his backhand, so often the bellwether of his chances against his great rival, purring like a vintage sports car.

Had he taken one of two break points in the third game of the second set, he might have pulled away, but the engine began to misfire a little and Nadal raced through the next four games to level the match.

Federer needed to re-calibrate, and he did, holding serve comfortably at the start of the third set and then dialling right back in to break for 3-1. 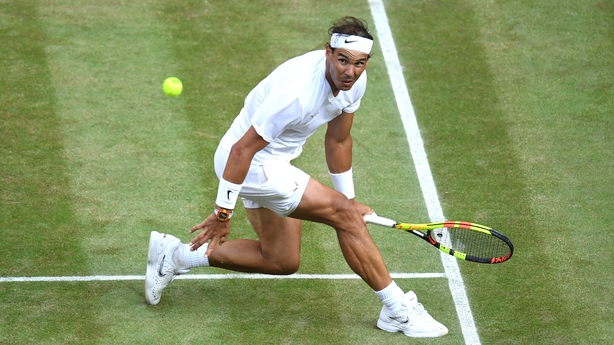 He won the game on a ding-dong point at the net, Nadal grimacing in frustration at having been unable to get the ball past his opponent.

This was the contest that had been salivated over, serve no longer on top, each man testing the other to the limit in pulsating rallies.

Nadal had two chances to break straight back but Federer saved them, the master attacker showing his rival that he, too, can defend as if his life depended on it.

The crowd roared their approval as he held for 4-1 and one break proved more than enough, Federer finishing an almost perfect set with a tally of 15 winners and two unforced errors.

It was Nadal looking short of answers but the fist pump towards his box when he held serve to open the fourth set showed that he would do everything he could to try to find them.

But, despite being nearly five years younger than his opponent, it was he who seemed to have lost the spring in his step and Federer took another step towards the finish line with a break for 2-1.

Nadal had been irked by being seeded lower than Federer despite his higher ranking and he screamed at himself when another chance to apply real pressure went begging in the sixth game.

So often he has been able to rouse himself to new heights at the most important moments but here the moments of magic were coming from the other end. 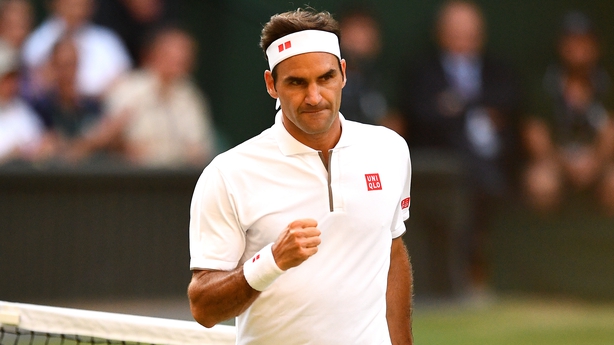 When Nadal saved two match points at 3-5, it seemed like this contest may have a twist reminiscent of 2008, and the final game was virtually a match in itself.

A shanked smash betrayed Federer's nerves but he held firm to save a break point and kept pushing forward when Nadal produced two of his best points of the match to save two more match points. 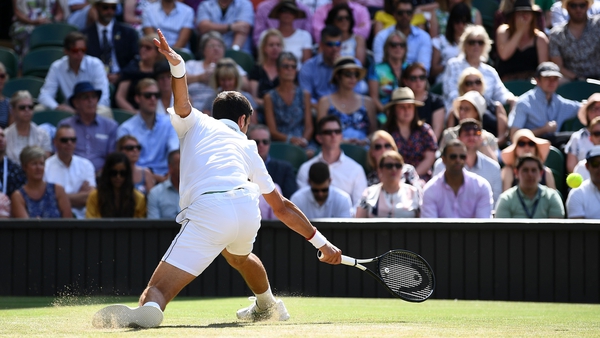