Serena Williams recovered from losing the first set against qualifier Kaja Juvan to reach the third round at Wimbledon.

The seven-time winner found her range at the start of the second set and, in front of the watching Duchess of Sussex, went on to beat the 18-year-old Slovenian 2-6 6-2 6-4.

After an error-strewn first set Williams rediscovered her consistency, and in doing so forced more mistakes from her young opponent.

A break in the first game settled the American, and a second break brought the match level.

The 23-time grand-slam winner, who has a doubles date with Andy Murray on Friday, was by now in the ascendancy.

Juvan, ranked 133 in the world, bravely clung on in the decider but a solitary break saw Williams safely through. 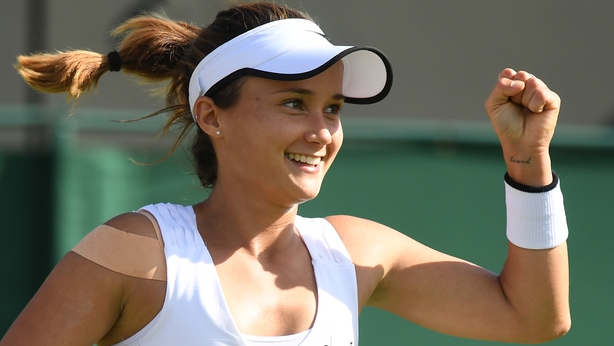 Defending champion Angelique Kerber was dumped out on Thursday as she suffered a stunning 2-6 6-2 6-1 second-round defeat by American world number 95 Lauren Davis.

German Kerber, a three-times Grand Slam champion, raced through the first set before the match turned wildly on its head and Davis, who needed a lucky-loser spot to play in the tournament, lost only three more games.

After taking the second set, the 25-year-old Davis turned the screw on Court Two and wrapped up victory in an hour and 55 minutes when fifth seed Kerber netted. 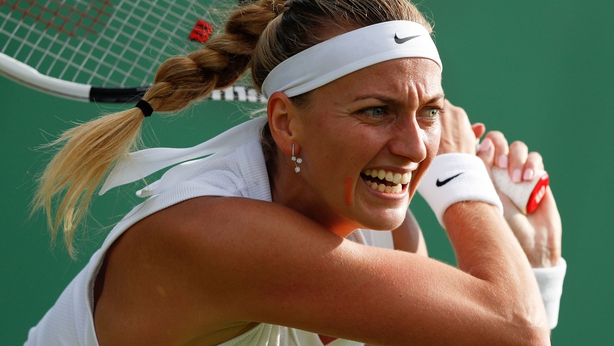 Petra Kvitova's decision to give her shoes an almighty whack with her racket turned out to be a masterstroke as the Czech's legs finally started to move more freely, and she eked out a 7-5 6-2 win over Kristina Mladenovic.

The sixth seed did not exactly enjoy the most promising of starts - she was broken in the opening game and fell 5-3 behind when she squandered three break points in the eighth game.

She took out her frustrations on her personalised shoes, giving one of them such a powerful blow with her racket frame that it briefly left her grimacing -- and that proved to be Frenchwoman Mladenovic's undoing.

Two games later, Kvitova saved three set points to level for 5-5 and it was a setback Mladenovic could not recover from.

The 2011 and 2014 champion, who was still sporting a bandage around her left elbow after missing the French Open with an arm injury, was swinging more freely from then on as she won 10 of the last 12 games to book a place in the third round for the first time since 2015.

Kvitova will next face either Poland's Magda Linette or 17-year-old American Amanda Anisimova. 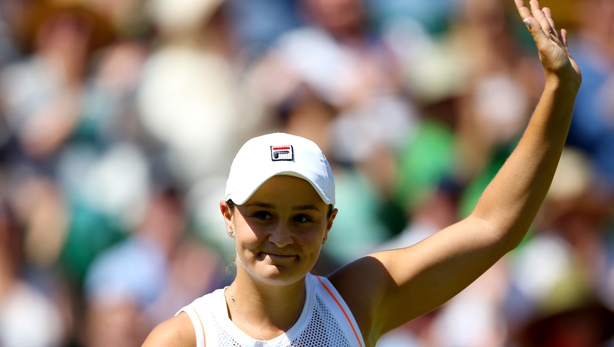 Top seed Ashleigh Barty (above) hurried into the third round, dispatching Alison van Uytvanck 6-1 6-3 in 54 minutes.

Barty is the woman of the moment having just won her first Grand Slam at the French Open but she and former Wimbledon champion Angelique Kerber were consigned to Court Two for their second-round matches while much lower ranked Britons were scheduled to play on Centre Court.

But the court did not affect the 23-year-old Australian's tennis. She sprayed winners, including two delicious lobs, and did not allow Van Uytvanck into the match until the sixth game of the first set.

Barty took the first set with a backhand that wrong-footed her opponent and wrapped up the match, played in warm sunshine, with a high backhand volley winner.

Van Uytvanck is no slouch on grass. The Belgian reached the last 16 here last year, upsetting defending champion Garbine Muguruza on the way, and she has a powerful swinging serve.

"I had to have my running shoes on," Barty said as she came off court. "I had to make sure I made a lot of returns."