World number one Novak Djokovic has enjoyed two good weeks on red clay but admitted that winning a second French Open title would be a tall order after a crushing defeat by Rafael Nadal in last week's Italian Open final.

Djokovic clinched the Madrid Open without dropping a set and then won a pair of epic battles against Argentines Juan Martin Del Potro and Diego Schwartzman in Rome before succumbing to the imperious Nadal 6-0 4-6 6-1 in Sunday's final.

That defeat aside, the Serb's form seems to have peaked in time for the 26 May-9 June tournament. However, the 32-year-old from Belgrade, who has won 15 Grand Slam titles, made it clear Nadal, who is the same age, was the favourite at Roland Garros. 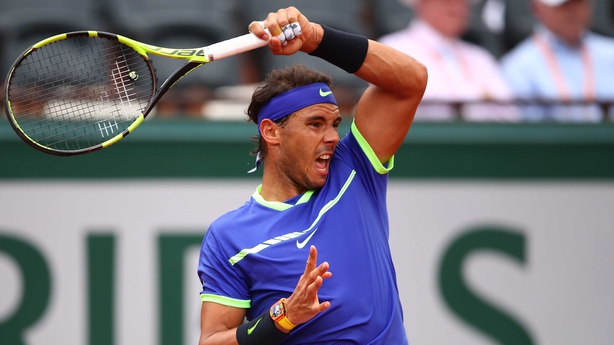 "Nadal (is) the number one favourite without a doubt, and then everyone else," a serene Djokovic told reporters after he was beaten by the Spaniard at the Foro Italico.

"I think it's going to be a really good tournament. Dominic Thiem has been playing some good tennis and he can beat anybody, especially on clay.

"Fognini is also playing quality tennis, he showed against Nadal in Monte Carlo what he is capable of," he added referring to the Italian's 6-4 6-2 semi-final victory.

"On a given day, best of five (sets), with one day between matches, players will have enough time to really be at their best.

"Everybody is trying to peak for Roland Garros and I am really looking forward to it."

Djokovic's exploits on clay came after several months of patchy form following his January triumph at the Australian Open in Melbourne where he beat Nadal in straight sets.

A quarter-final loss in Monte Carlo came on the back of early exits at Indian Wells and Miami, prompting speculation by pundits that Djokovic was heading for a dip in form similar to the one in 2016 after he won his maiden French Open title.

But the Serb silenced his critics with a vintage run in Rome, including a rip-roaring victory over Del Potro when he saved two match points in the second set before dismantling his close friend in the third.

He then held his nerve against the battling Schwarzman before running out of steam versus, leaving doubts as to whether he will have enough in the tank to match world number two Nadal for energy during the gruelling two-week event in Paris.

Djokovic has already achieved the rare feat of holding all four major honours at the same time, having won the 2015 Wimbledon and US Open titles before clinching the Australian Open and French Open crowns the following year.

After two difficult years dogged by an injury which required elbow surgery and a dramatic loss of form, Djokovic bounced back spectacularly to clinch the Wimbledon and the US Open titles again in 2018 as well as this year's Australian Open.

He is certainly buoyed by the prospect of emulating his achievement of holding all four majors but knows that nothing less than perfection will be required for what would amount to a carbon copy of his most successful 12 months on tour.