Rafael Nadal will hope his new aggressive approach can earn him Australian Open revenge against Novak Djokovic seven years on from their first final in Melbourne.

In 2012, it was Djokovic who finally came out on top after five sets, and five hours and 53 minutes, making it the longest grand slam final in history.

Both men have spent only just over double that time on court in their six matches so far this fortnight, but it has been Nadal's uncharacteristic efficiency that has really caught the eye.

The foundation is a remodelled serve that he and his team honed during the final months of last season when he was sidelined through injury.

"That's what I tried to do during all my career, to improve the things that I can improve."

The new serve has allowed Nadal to pounce on opponents from the start of a rally and he has been ruthless. The Spaniard leads the tournament in terms of service games won and has not been broken since his first-round victory over James Duckworth. 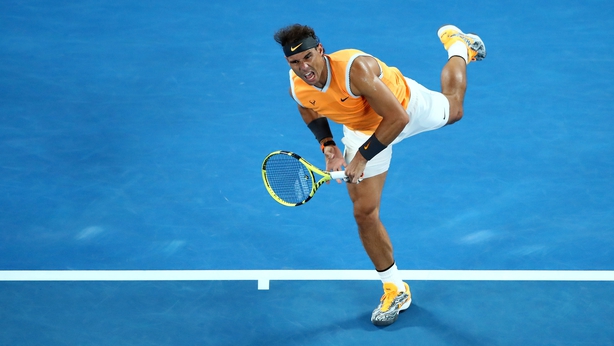 Coach Carlos Moya, who replaced Toni Nadal at the start of last season, has been the main driving force behind the changes, with the former world number one seeing them as essential to prolong his countryman's career.

Moya said: "Since the first day I came on board, my main goal was to convince him that he could play more aggressive.

"I've been watching the match they played here (in 2012), six hours. I think he has to avoid that. Not only for the final but also what it takes to recover from that and the risk of injury.

"We know to play short points against Novak is not easy, because he's one of the best movers on the tour and one of the best returners, but to me [Nadal] has the weapons to make the points shorter."

Nadal and Djokovic have played each other more times than any two men in the Open era, with Sunday their 53rd tour-level meeting.

Djokovic leads 27-25 overall but on hard courts the statistics are even more in the Serbian's favour. Nadal has lost eight straight matches dating back to the US Open final in 2013, while he also lost their last meeting, another titanic scrap in the Wimbledon semi-finals last summer.

"Obviously it's the most challenging match he can have," said Moya. "Mentally he has an edge when he plays any player, but not with Novak.

"I think these kind of matches come down to three or four points, like happened in Wimbledon. That day, most of these important points went Novak's side. Here, if some of those points go our side, I believe (Nadal) will have the chance to win." 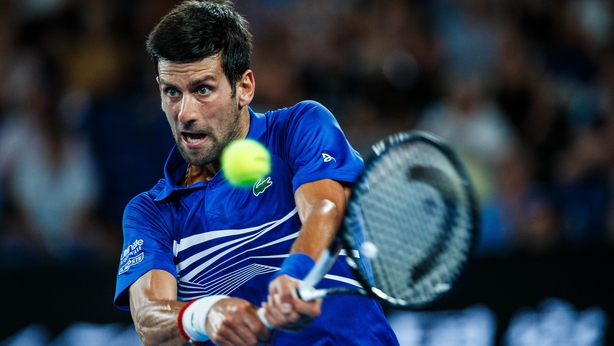 Nadal's form has not gone unnoticed by Djokovic, who said: "He has improved his serve. I see he has a slightly different service motion that has worked very well.

"With everything he possesses, all the qualities in his game, adding to that also a lot of free points on the serve makes him much tougher to play against.
"At the same time, it's quite different playing against me, me against him. I think it adds more pressure on his serve and my serve, as well, because we return well. We've been playing well. It's going to be interesting."

History will be on the line, with Djokovic looking to become the first man to win seven Australian Open titles and Nadal the first in the Open era, and only the third in history, to win all four slams at least twice.

But for the two men, the battle of wills, strokes, lungs and heart appears to matter more than anything.

"It's always about moments. In his best moments, he's so difficult to beat. In my best moments, I have been a tough opponent, too."