A ruthless Petra Kvitova trampled on the hopes of the host nation with an emphatic 6-1 6-4 defeat of Ashleigh Barty to reach her second Australian Open semi-final.

The double Wimbledon champion silenced home fans at a packed Rod Laver Arena, who had barely settled in their seats before the first set was over in a dizzying 27 minutes.

The eighth-seeded Czech faced stiffer resistance from Barty in the second but broke the former cricketer in the ninth game before sealing victory when Barty, seeded 15th, netted a return.

.@Petra_Kvitova is into her first Slam semifinal since a knife stabbing incident in late 2016 sidelined her from the sport.

Try not to tear up watching this 💕#AusOpen pic.twitter.com/qugNPgQrC6

The Czech, who reached the 2012 semi-finals at Melbourne Park, returned to the last four of a Grand Slam for the first time since claiming her second Wimbledon title in 2014.

She will play unseeded American Danielle Collins for a place in Saturday's final.

Collins continued her remarkable grand slam breakthrough by defeating Anastasia Pavlyuchenkova to reach her first semi-final at the Australian Open. 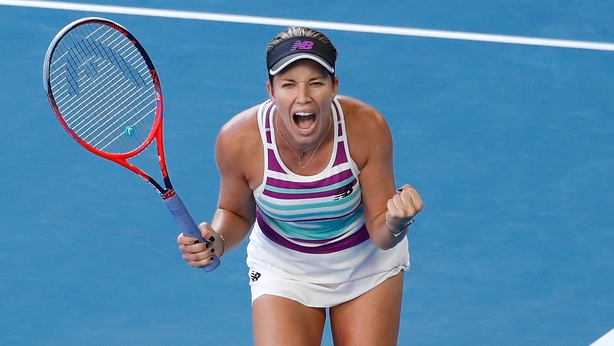 The 25-year-old arrived at Melbourne Park having never won a match in the main draw of a slam but recovered from a set down to win 2-6 7-5 6-1 in two hours and 16 minutes.

This was a meeting between two players looking to make the last four at a slam for the first time but it was Collins who swept through the third set, clinching her third match point when Pavlyuchenkova missed a forehand.

Collins struggled in the first set, with Pavlyuchenkova able to dictate much of the play and feasting on her opponent's second serve.

Pavlyuchenkova found herself given much more of a challenge in the second set as Collins began to find her range, and the American moved into a 5-2 lead.

The powerful Russian battled back to level at 5-5 but Collins converted her third break point at 6-5, letting out a scream of determination.

And from that point there was no looking back for the world number 35, who saw a match point come and go at 5-0 before taking her third opportunity in the next game.