Caroline Wozniacki's reign as Australian Open champion ended with a three-set defeat by Maria Sharapova in the third round.

The battle of two of the biggest names in the game did not disappoint but in the end Sharapova's fierce hitting won the day as she surged to a 6-4 4-6 6-3 victory on Rod Laver Arena.

The Russian said: "I thought the level was quite high. I knew I was going to get a really tough match. I haven't played a lot of matches in the last year, especially against top players. These are the matches you train for and it's really rewarding to win the last point."

Wozniacki is the highest-ranked opponent Sharapova has beaten since her first-round victory over Simona Halep at the US Open in 2017.

That was her first grand slam tournament back after her 15-month doping ban and at the time seemed to be a sign of the Russian's impending resurgence.

It has not happened that way, though, with Sharapova struggling to find anything like her previous form and also troubled by injuries, with an ongoing shoulder problem prompting her to shut down her season after the US Open last summer. 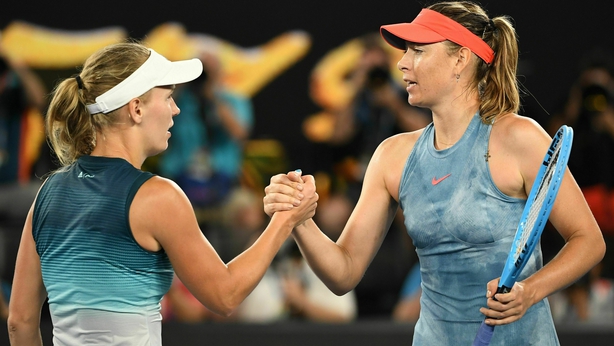 The 31-year-old bristled a little at the suggestion she needed a statement win like this to kick her comeback into gear but there was no doubt she was fired up for this encounter.

There is no love lost between the two players. Wozniacki was one of the most outspoken critics of the way Sharapova was welcomed back to the game following her ban, prompting the Russian's agent Max Eisenbud to brand Wozniacki a "journeyman player".

The Dane began the match the stronger and moved into a 4-1 lead but Sharapova responded, showing how desperate she was to match Wozniacki physically by winning a superb, all-court rally that included a left-handed forehand.

She rode a wave of momentum to take the first set and then repeated the pattern by coming from 3-0 down to level the second.

"I thought the level was quite high."

Sharapova has been too error-prone over the last 18 months to make the kind of progress she had been looking for but this was a much more measured performance right up until she served at 4-5, when a double fault and two forehand errors allowed Wozniacki to level the match.

But Sharapova did not fold, the steel in her eyes showing just how much she wanted to win this one, and a series of ferocious forehands in the seventh game gave her the breakthrough.

She celebrated with a huge yell and then broke Wozniacki again to claim victory, finishing with a tally of 37 winners, compared to just 10 for her opponent. 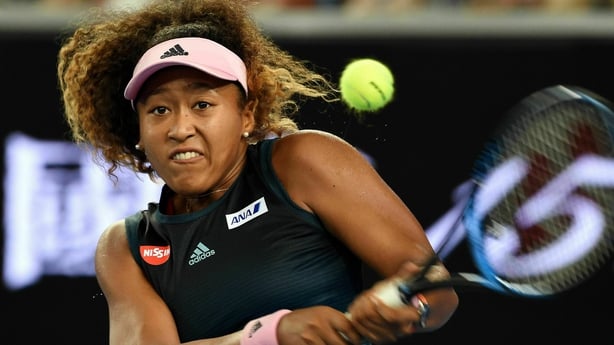 US Open champion Naomi Osaka was made to work in the second set before coming through 6-2 6-4 against Tamara Zidansek in the second round of the Australian Open.

The fourth seed was a break down at 4-2 against 21-year-old Slovenian Zidansek but recovered with a run of four games in a row, saving two break points in the final game.

Osaka next faces the tricky Hsieh Su-wei, who is again having a good run a year after defeating Garbine Muguruza and Agnieszka Radwanska to reach the fourth round. 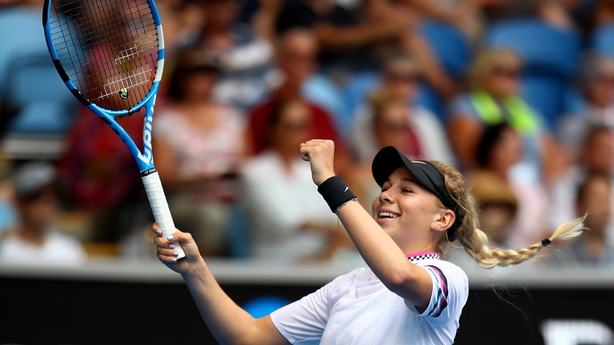 Seventeen-year-old Amanda Anisimova burst into the big time with a stunning win over Aryna Sabalenka to reach the fourth round.

The American teenager has been marked out for a big future for a while but this performance showed she is ready to make an impact at the latter stages of the grand slams right now.

Sabalenka, 20, has enjoyed her own rapid rise and went into the tournament as many pundits' pick for the title, but even her powerful game was no match for Anisimova.

The teenager looked like she played big matches on Margaret Court Arena every day and powered 21 winners past a bewildered Sabalenka, clinching victory in just 65 minutes. 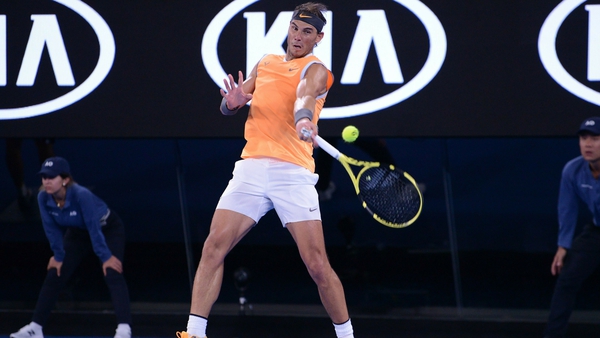 Nadal on song as sublime Federer sets up Tsitsipas clash