Serbia's Novak Djokovic reached his fifth Wimbledon final as he resisted everything great rival Rafael Nadal could throw at him to win 6-4 3-6 7-6(11-9) 3-6 10-8 in a two-day classic that concluded in nerve-jangling tension on Saturday.

Twelfth seed Djokovic resumed two sets to one ahead after snatching a third-set tiebreak the previous night before Wimbledon's 11pm curfew left the match on a knife edge.

As it was for the first three sets the Centre Court roof was closed and, again, the quality on display was sensational.

"Novak Djokovic is in the #Wimbledon final again"

Nadal grabbed the fourth set to set up a monumental 91-minute decider that Djokovic clinched when Nadal fired a forehand wide.

Djokovic said it was a "very special" victory, saying: "It really could have gone either way. It was very clear that very few things separated the two players and until the last shot I didn't know if I was going to win. I believed it but I knew that he was very, very close and he had some chances. This kind of match you live for, you work for." 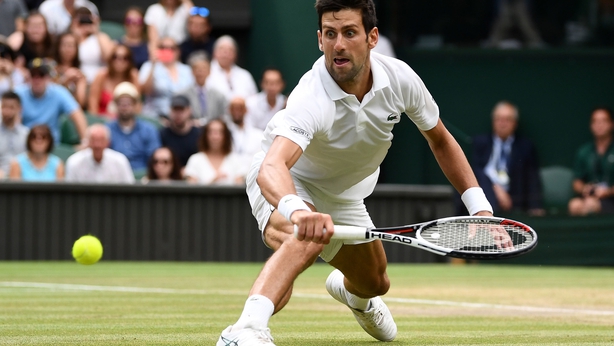 He added on BBC One: "It was a late night, early morning but at the end of the day I'm so glad to overcome this challenge."

Of the task against Anderson, Djokovic said: "Hopefully we can first of all play, both of us get out on court. It's been a roller coaster ride for him, the last couple of rounds, but he's had a day off which means a lot. I wish I could have had one.

"But I'm in the final of Wimbledon and it's an incredible achievement for me after what I've been through. I'm trying to digest that first, enjoy it, and we'll think about the next one."