Marin Cilic suffered a shock second-round Wimbledon exit as he slipped to a galling two-day defeat against Argentinian Guido Pella.

Queen's Club champion Cilic surrendered a two-set lead in stunning fashion, to fall to defeat when he would have been expected to challenge for the title.

Cilic was cruising in his two-set lead when showers interrupted play on Wednesday evening, and crucially lost serve in one of the few games to be completed amid the delays.

World number 82 Pella returned with renewed confidence on Thursday, and capitalised fully as Cilic's game fell apart to reach Wimbledon's third round for the first time.

Asked how he had conjured victory, Pella told the BBC immediately after coming off court: "I really don't know because yesterday he was playing so, so good, hitting the ball so hard that I couldn't do anything.

"The rain helped me a lot, today I played different, tried to be a lot more aggressive. I tried to play with more power, and I think in the end that's why I won." 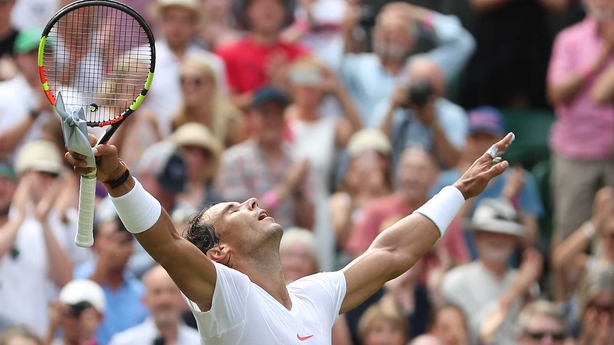 The scoreboard said 6-4 6-3 6-4 to Rafael Nadal but it was an uneasy two and a half hours for the Spanish world number one as he laboured past Kazakhstan's Mikhail Kukushkin.

Two-time champion Nadal, 32, never quite got to grips with the unorthodox Kazakh's low, skidding shots and faced 13 break points in an entertaining Centre Court contest.

Had Kukushkin converted a few more of them it could have got really complicated for Nadal, who is still finding his grasscourt game after claiming an 11th French Open title.

Nadal took 10 minutes to hold his opening service game and was still being asked questions by the world number 77 in the third when he slipped 3-1 behind in the face of some inspired shot-making by his opponent.

The 17-times Grand Slam champion dug in though and managed to avoid being dragged further into the afternoon, claiming victory when Kukushkin's forehand smacked into the net tape. 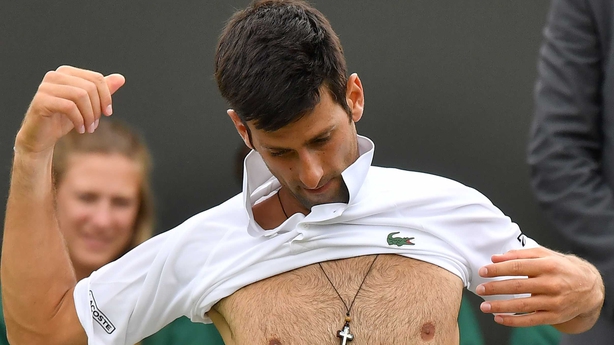 Novak Djokovic might have needed to get his sat-nav out to find his way to Court Two but once he arrived it was all one way traffic as he reached the third round with a 6-1 6-2 6-3 win over Horacio Zeballos.

The last time Djokovic had to venture on to an outside court at the All England Club was in 2009, when he played a fourth-round match against Dudi Sela on Court 3.

Since then he has become accustomed to playing in the biggest arenas the sport has to offer while amassing a Grand Slam trophy haul of 12 - including three at Wimbledon - and collecting more than $100 million in prize money.

While the audience numbers were more limited on Court Two compared with his usual playing fields of Centre and Court One, Djokovic still made it a day to remember for the 4,000 fans who had crammed into the more intimate arena.

He coasted towards his 60th win at Wimbledon by breaking his 126th-ranked Argentine opponent six times and fired down 15 aces.

The only cause for concern was when Djokovic suddenly started wincing while running along the baseline in the seventh game of the third set and called on the trainer to get his left thigh massaged.

That interruption only delayed the inevitable for Zeballos, who lost both games after the resumption to bow out.

Kyle Edmund later set up a third-round blockbuster against Djokovic by easing past Bradley Klahn on Centre Court.

The British number one has become adept not just at coming through the grand slam matches he should win but doing so efficiently, and it was the same here as he defeated the American qualifier 6-4 7-6 (7/0) 6-2.