Rafael Nadal saved his best until last as he demolished Dominic Thiem to seal his 11th French Open title.

The 32-year-old continued his extraordinary domination at Roland Garros with a ruthless 6-4 6-3 6-2 victory.

Seventh seed Thiem is the only player to have beaten Nadal on clay in the past two years, and he claimed he had a plan to thwart the Spaniard in Paris.

But once a competitive first set went the way of the world number one, the plan became damage limitation and Nadal's 'undecima' never looked in any doubt.

In fact the only thing to trouble Nadal unduly was a tightening up of his arm midway through the third set.

"I had to be very aggressive, he's a very difficult opponent," said Nadal.

"I had a tough moment in the third set when I had a little bit of cramp. I was a little bit scared. But that is sport. It was very humid and he pushed me to the limit. 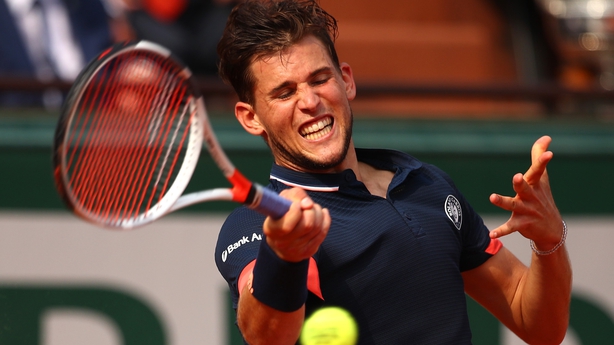 "I'm very happy to win the tournament. Dominic is a good friend, but I played my best match today, in the final."

If Thiem is, as he is widely regarded, the second best clay-court player in the world then he probably has a few more of these pummellings to look forward to at least until Nadal finally calls it a day.

Nadal's incredible record in Paris now reads 86 wins and two defeats. He has won every final he has reached, and in those 11 showpieces he has dropped just six sets.

Nadal is now level with Margaret Court for the record of the most titles at a single grand slam, while his total of 17 overall brings him closer to Roger Federer's 23. He is also assured of keeping his number one ranking for good measure.

As if the task was not daunting enough for Thiem, the early signs were even more ominous. The Austrian won just one of the first nine points as Nadal immediately broke for 2-0. 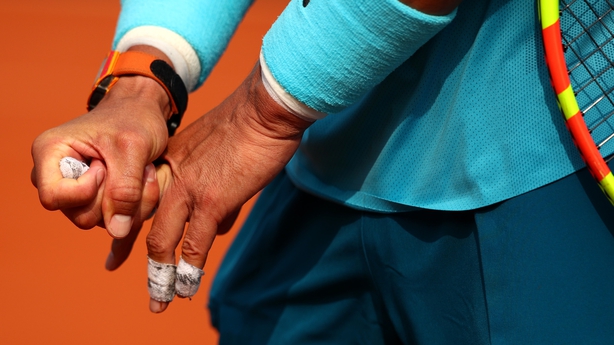 But Thiem, unusually standing up to Nadal's first serve, forced two break points in the next game and converted the second with a flashing forehand into the right corner.

It was the only blow he landed all afternoon. At 4-5 Thiem's serve let him down badly, handing Nadal three set points, and any hopes of an upset all but disappeared along with the ragged Thiem forehand which sailed way beyond the baseline.

Thiem used to hike through the Alps in his homeland as part of his training, but the 24-year-old had an even bigger mountain to climb now.

The only thing that could stop Nadal now was surely an injury. So there was mild concern when Nadal called for the trainer for treatment.

It made no difference as the punishment continued, with Thiem looking up to his coach and shrugging as another forehand whistled past him.

A break in the second set, two more in the third, and suddenly Nadal was in a familiar position, serving for the title. 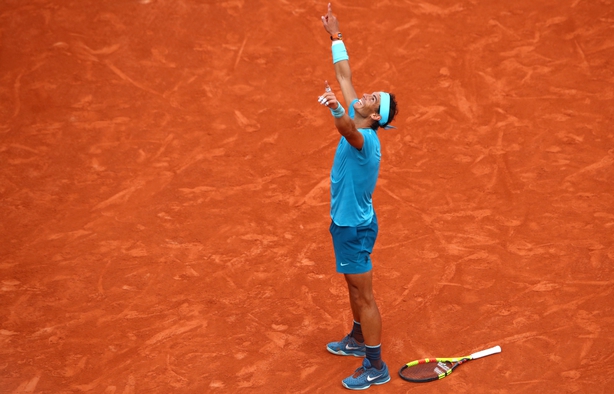 When another Thiem forehand dropped long, Nadal's arms were raised in celebration, and soon he was biting the trophy once again in his trademark pose.

A gracious Thiem said: "I can still remember being 11 when (Nadal) won here for the first time and I watched on the TV.

"So I never expected one day I would play the final, so I'm really happy. I loved the tournament. I hope that soon I will get a chance."