The 36-year-old American, three times a winner in Paris, swept aside the German 11th seed 6-3 6-4 in one hour and 15 minutes and will face Sharapova in a much-anticipated fourth-round clash on Monday.

The two players have had their public falling-outs over the years, but on the court Williams rules.

Sharapova has won just two of their 21 meetings - including the 2004 Wimbledon final - and none in the last 14 years. They met in the Paris final in 2013 and in the quarter-final of the 2016 Australian Open, which was Sharapova's last match before a 15-month doping ban.

Williams, meanwhile, is playing her first grand slam since giving birth to her daughter in September.

"It's been a while, and I think a lot has happened in our lives for the both of us in very different ways," said Sharapova.

"I have spoken about that chapter for a long time now, and to be able to put myself back in these positions and to not shy away from these moments, to come out on centre court and want the challenge of moving forward and to be able to face Serena, I think that speaks for itself." 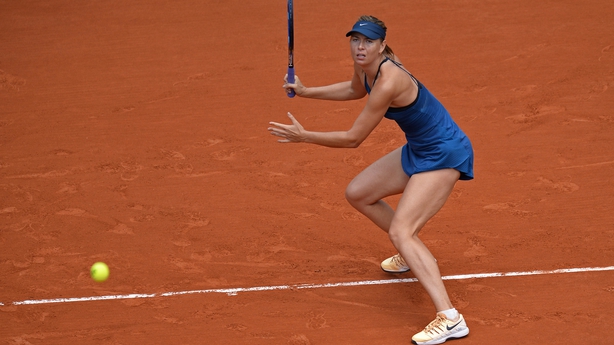 The Russian, seeded 28th, was taken to three sets in round one by Holland's Richel Hogenkamp and had to dig deep again on Thursday to overcome Croatia's Donna Vekic in round two.

But she secured a far more straightforward passage into round four with a 6-2 6-1 victory in just 59 minutes.

Wimbledon champion Garbine Muguruza is now many pundits' favourites for the title after dismantling Sam Stosur.

Muguruza said: "I guess they say that because I played a good match. It's the normal thing.

"I'm pleased with my performance. It's never an easy match against a grand slam champion. She played a final here. I'm pleased because I felt in control in the match."

Two-time Wimbledon winner Petra Kvitova was a third-round casualty, the eighth seed going down in two tie-breaks to Anett Kontaveit.