Andy Murray's painful hip finally caught up with him as the defence of his Wimbledon title came to an end with a quarter-final defeat by Sam Querrey.

Murray must now hope Novak Djokovic does not win the title or he will lose his world number one ranking as well.

The defeat is Murray's worst ever at Wimbledon in terms of his opponent's ranking, having previously never lost to a player ranked lower than world number 19 David Nalbandian, on his debut in 2005.

Querrey, ranked 28th, becomes the first American man to reach the semi-finals at a grand slam in singles since Andy Roddick here in 2009.

He has now accounted for the defending champion in each of the last two years at Wimbledon, after beating Djokovic in the third round last year.

Murray has downplayed the difficulties caused by his right hip, which threatened his participation in the tournament, since declaring himself fit for his title defence. 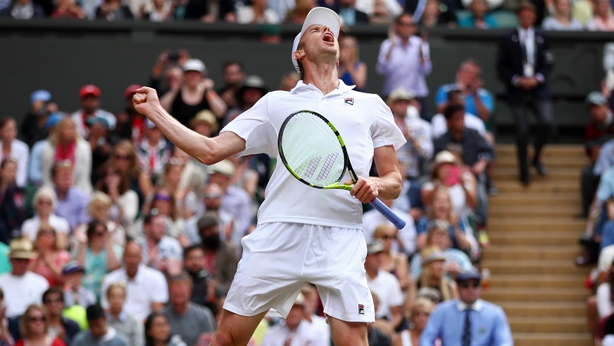 But after limping his way through four rounds he was found physically wanting and lost 12 of the last 13 games.

It was clear that, even had he made it through this one, Murray in this condition would not have been able to challenge for a third title.

The Scot must now work on getting himself fully fit in time for the US Open in six weeks' time after a season dogged by injury and illness.

Querrey had never been further than the last eight at any grand slam and he made a horribly nervous start, losing eight of the first nine points and the opening three games.

There was no way to salvage the first set, and the 24th seed looked in big trouble when Murray broke again to lead 4-3 in the second. Querrey recovered from 0-40 but a beautifully feathered lob helped Murray create a fourth chance and this time he took it, drawing the error as he forced the tall American to volley off his toes.

Querrey had not come close to breaking the Murray serve but, just when the world number one looked in total control, he allowed his opponent back into the match.

A limp drop shot prompted Murray to hit his head and foot with his racket in frustration and Querrey seized his chance. 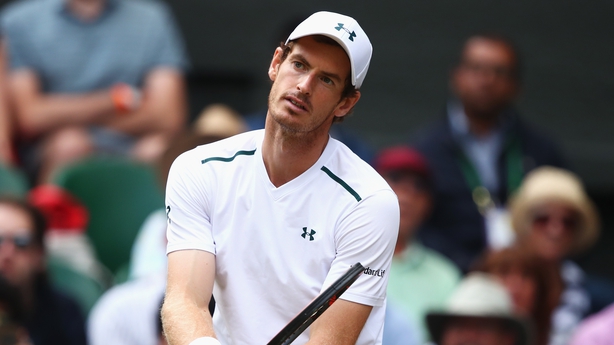 The 29-year-old's big forehand was coming into play as he started to push Murray around behind the baseline and then charge the net.

Murray had gone right off the boil, his first serve and forehand deserting him, and it was Querrey skipping back to his chair after a backhand winner gave him the set.

Murray ensured his malaise did not linger with an immediate break of the Querrey serve at the start of the third set, but at 5-4 and serving for the set, Murray slipped back into passive mode and Querrey, hitherto unknown as a man capable of hitting searing backhand winners, found another one at a crucial moment to break back.

Murray avoided a repeat of the second set to force a tie-break and was cruising at 6-1, but Querrey saved three set points before the Scot took it on the fourth with a strong serve.

However, it quickly became clear that this would not be one of those matches where Murray survives a sticky situation and then pulls away.

He began to struggle badly when moving to his backhand side and Querrey broke to love in the third game of the fourth set.

A matter of minutes later he had won the set, and it appeared a hopeless cause for Murray as Querrey made it nine games in a row to move 3-0 up in the third.

Murray at least got on the board but he was in no state to launch one of his famous comebacks.

"I'm still in shock myself," Querrey said after wrapping victory with his 27th ace.

"I didn't start my best but kept with it and kept swinging and I hit my groove in the fourth and fifth sets.

"It feels great and it's a dream come true ... to get to a semi-final and have it happen at Wimbledon makes it a bit more special."