Petra Kvitova could not live up to her billing as one of the Wimbledon favourites as she crashed out in the second round to Madison Brengle.

The Czech, who ended the match in distress having had her blood pressure taken, had poured scorn on suggestions she could win Wimbledon just six weeks after returning to action following a knife attack which left her career in doubt, and she was proven right as American Brengle won 6-3 1-6 6-2.

Kvitova had to undergo surgery to save the fingers on her left hand after an intruder attacked her in her flat just before Christmas, but it looked as she had never been away as she took the Aegon Classic title in Birmingham last month having returned to action at the French Open.

That led to bookmakers making her among the favourites to add a third SW19 title to those she won in 2011 and 2014 but world number 95 Brengle had other ideas.

In a first set where holding serve was a luxury, Brengle managed to do it two times more than Kvitova and she took it 6-3 with two successive breaks.

That shook Kvitova into action and she reeled off six games on the bounce to even the match up, taking the second set 6-1.

It looked like being the platform for the 11th seed to go on and see off her opponent, but after an early exchange of breaks in the decider, Brengle took two successive Kvitova service games to seal a famous victory. 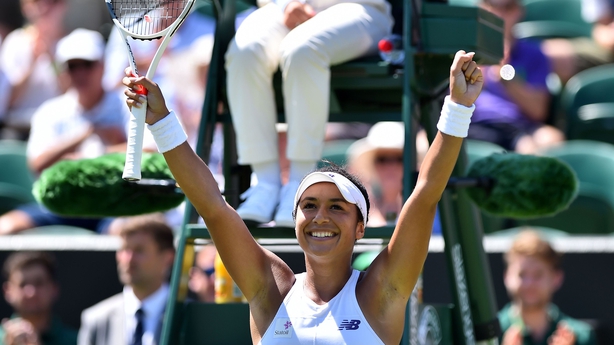 Home favourite Heather Watson beat 18th seed Anastasija Sevastova 6-0 6-4 to reach the third round at the championships for the third time.

Watson was off to a flying start on Court Two, losing only eight points on her way to winning the opening set in just 19 minutes.

It's a career-best #Wimbledon singles win for @HeatherWatson92, who beats No.18 seed Anastasija Sevastova 6-0, 6-4 to reach the third round pic.twitter.com/OJ30bkN2l9

Watson will now attempt to avoid a repeat of the third-round exits she suffered in 2012 and 2015, when she famously nearly upset Serena Williams.

Sevastova has had a rapid rise this season and is certainly no mug on grass having won the warm-up event in Majorca.

But she had no answers at all to Watson in the first set, the 25-year-old racing through it in 19 minutes and not making a single unforced error.

It was almost as if she played too well, and when her level dropped, Sevastova capitalised on three double faults in one game to move 2-1 ahead.

Watson levelled at 3-3 only to lose her serve again but, after she broke to love immediately, Sevastova's head dropped and the Latvian dumped a final forehand into the net after one hour and one minute on court. 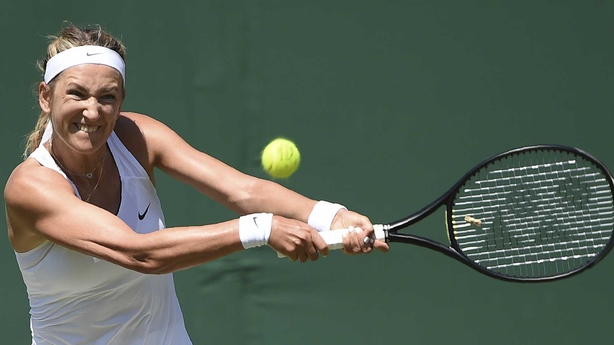 Watson will next face Victoria Azarenka [above]. The former world number one, playing in only her second tournament of 2017 after giving birth to her son Leo, beat 15th seed Elena Vesnina 6-3 6-3.

"I get a different vibe when I come back, with my kid on the tour. I feel like I have so much more support from the outside, which is a great feeling, definitely," Azarenka said afterwards.

"Travelling is a little stressful for me, travelling with a baby. I want to make sure that everything is okay.

"But overall, it's just great. It's really fun that I'm able to go home and spend time with my son."

Croatian Ana Konjuh, who reached the third round as a 16-year-old three years ago, repeated the feat with a 7-6(3) 2-6 6-3 win over Irina-Camelia Begu of Romania.

Greece's Maria Sakkari came back from a set down to reach the third round of the championships for the first time, beating Czech Kristyna Pliskova 6-7(6) 6-4 6-4 on Court 14.