Petra Kvitova had already won simply by walking on court for her match against Julia Boserup but victory and a place in the second round of the French Open was an added bonus.

Five months after suffering career-threatening injuries when she was stabbed by an intruder in her home, Kvitova looked sharp and eager in a 6-3 6-2 triumph.

Her parents Jiri and Pavla and brothers Jiri and Libor were in the stands on Court Philippe Chatrier, with her team decked out in matching T-shirts saying 'Courage, Belief, Pojd ('Come on' in Czech)'.

They gave loud support during the match, with the only disappointment the usual sparse early crowd on Roland Garros' main court.

Kvitova played remarkably well considering the circumstances and showed the weight of the occasion only at the end, dropping her racket to the clay and turning to her support camp with hand over mouth in disbelief. 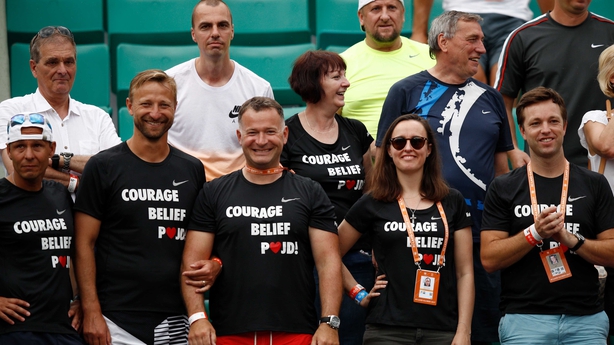 Being back on court was the main thing but the competitive juices soon kicked back in. When Boserup threatened to pull back from 3-0 to 3-2 in the opening set, Kvitova roared and pumped her fist when she saved a break point.

There was certainly nothing wrong with the Czech's signature forehand, which soon had Boserup clawing at the clay in vain.

Kvitova still does not have perfect feeling in her hand but has not been in pain and is hoping it will eventually recover 100%.

Boserup is at a career-high ranking of 85 with no clay-court form to speak of, so it was a kind draw, but it was heartening to see Kvitova looking so much like her old self.

She first picked up a racket again in March, 12 weeks after the attack, and began practising properly at the beginning of May. 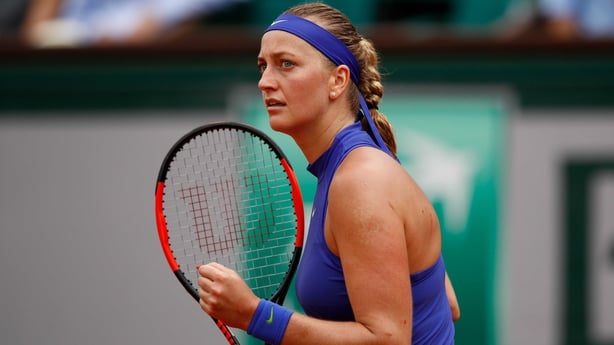 Kvitova had initially targeted Wimbledon, her favourite tournament and where she is a two-time champion, for her comeback but progressed faster than she thought so decided to head to Paris.

Playing at Roland Garros also enabled the 27-year-old to get all the emotions of her comeback out of the way before the grass, where, in a wide open field, she will have expectations beyond merely being on court.

A brief rain delay early in the second set came as a surprise on another baking hot day but it did not disrupt Kvitova's rhythm.

The net seemed to have a sense of occasion and generously helped her out twice, although she scarcely needed it.

There were a few signs of her lengthy absence. Her backhand was shaky at times and she did not move forward well in the court, but the foundations were more than solid.

She needed just an hour and 13 minutes to wrap up victory and will play either Bethanie Mattek-Sands or Evgeniya Rodina in round two.