Britain's Fed Cup play-off against Romania was sensationally suspended after home captain Ilie Nastase was thrown off the court.

With Johanna Konta leading Sorana Cirstea 6-2 1-2 in the second rubber in Constanta, Nastase became embroiled in a row apparently about noise from the crowd.

The 70-year-old former world number one was reportedly heard to say to the umpire: "What's your f***ing problem?".

Nastase was sent off the court by tie referee Andreas Egli and, after taking a seat in the stands, was then escorted back to the locker room.

Simona Halep, who had beaten Heather Watson in the opening rubber, explained to the crowd what had happened and appealed for calm before play briefly resumed.

But Konta was visibly upset and, after playing the next game in tears and dropping serve, the players left the court.

Earlier Nastase had launched into a rant at a British journalist, calling her "stupid" for reporting his comment about Serena Williams' pregnancy.

"Let's see what colour it has. Chocolate with milk?"

Romania's captain was unhappy after his comments were reported about Williams' baby, which is due in the autumn.

"Let's see what colour it has. Chocolate with milk?," he was heard to say on Friday.

On Saturday morning before play started, Nastase stormed into the press centre at the Tenis Club IDU to seek out the British media.

Press Association Sport tennis correspondent Eleanor Crooks was the only member of the British media present in the press room at the time.

He said to Ms Crooks: "Why did you write that? You're stupid, you're stupid."

The tirade took place in front of a number of members from the Romanian media and, according to Ms Crooks, lasted between two and three minutes.

Ms Crooks said: "He repeatedly called me stupid, asked me why what he said was racist.

"I explained we simply reported what he said and that it was unnecessary to make such a comment about colour. He said the English were out to get him and called me stupid a few more times.

"Fortunately he was across the other side of the room from me and there were other journalists around so it was unpleasant rather than threatening.

"But it is certainly not the behaviour you would expect of someone in his position and wholly unnecessary, especially given he did not dispute the accuracy of what was reported."

Williams announced on Wednesday she is expecting her first child with fiance Alexis Ohanian, who is white.

Nastase was not asked about Williams himself on Friday, but made the comment, in Romanian and clearly audible, to the other players while Romanian number one Simona Halep was answering a question about the 23-time grand slam singles champion. 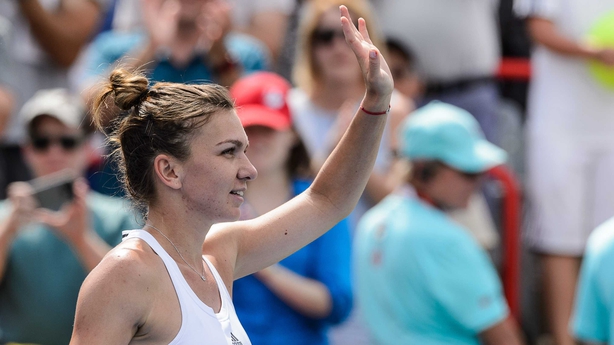 The ITF launched an investigation into those comments and will be under pressure to take further action due to Nastase's behaviour on Saturday.

It is the second controversy caused by Nastase, who was appointed Fed Cup captain in October, about Williams in a month.

In an interview with Romanian media, the former world number one made totally unsubstantiated allegations of doping by Williams based purely on her physique.

The 70-year-old, who had a reputation as a playboy during and after his playing career and a former president of the country's tennis federation, also clearly made Keothavong feel uncomfortable with a number of inappropriate remarks.

He asked for her room number during the official dinner on Thursday and then repeated the request when the captains posed together for photographs following Friday's draw while putting his arm tightly around Keothavong's shoulder.

When both teams were called back together, Nastase said to Keothavong, who is married and 18 weeks pregnant with her second child: "We keep being attracted."

After defeating Watson 6-4 6-1 to put Romania 1-0 up, Halep offered qualified support to Nastase, but said he should apologise to Williams.

The world number five, who asked for Nastase to be made captain, said: "He's joking all the time and I'm 100% that was a joke.

"I don't believe that was something bad coming from him but I think it was not respectful a little bit with his comment. But we cannot get upset on Ilie, he's like that and he's with us the same.

"I wanted him to come because he is the best tennis player in Romania of all time and I feel great with him on court. Today it was a nice experience for me. He's a great captain and he's talking positive all the time so it's a good thing."

"He then called me ugly off camera"

Nastase's job could be on the line, but Halep is hoping he will be allowed to continue.

She said: "I can understand him but the people from there (the ITF) they will make the decision that they have to, they know the rules.

"I hope the ITF will understand and they will leave it like this because it was a joke. I want him as a captain in the future as well."

Nastase confronted Ms Crooks again as he was escorted from the venue.

She was filming the Romania coach and when he saw her, had to be restrained by the security staff before being led away.

Ms Crooks said: "He then called me ugly off camera, just for good measure.

"I'm glad the security were there to stop him getting any closer."