After a nervous start, Serena proved unstoppable again on Rod Laver Arena as the American won 6-4 6-4 to claim her seventh Melbourne crown.

Venus arrived on the crest of a wave, having reached her first major final since 2009, but in truth she was second-best throughout here and an upset never looked likely.

Court was sitting in the crowd here and it is not inconceivable Serena could pass the Australian's tally at Wimbledon this summer and, numerically at least, assume position as the greatest female player of all-time.

As well as pocketing the champion's cheque of A$3,700,000, she will also reclaim the number one ranking, moving above Germany's Angelique Kerber when the list refreshes on Monday.

She has more than justified that billing in Melbourne, where she lifts the Daphne Akhurst Memorial Cup having not dropped a single set in seven matches.

When victory was confirmed after a brisk 82 minutes, the game's most successful siblings met for a warm embrace at the net.

This was Serena's 17th victory in 28 matches against Venus, 19 years after they first met professionally at this tournament in the second round. 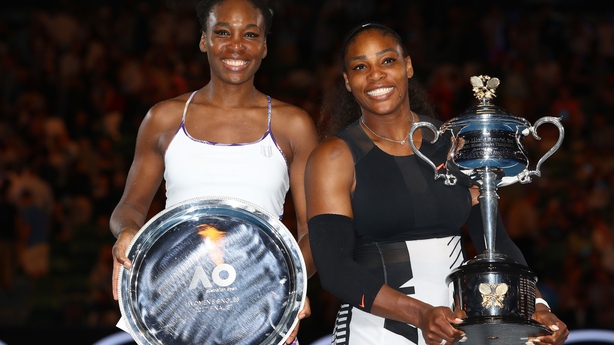 "I would like to congratulate Venus," Serena said on court, with the trophy in her arms.

"Thank you for inspiring me to be the best player I can be. Every time you won this week, I thought 'I've got to win too'. She's made an amazing comeback.

"I don't like the word comeback because she's never left."

"Congratulations on number 23, I've been right there with you, some of them I lost against you. Your win has always been my win, I think you know that. 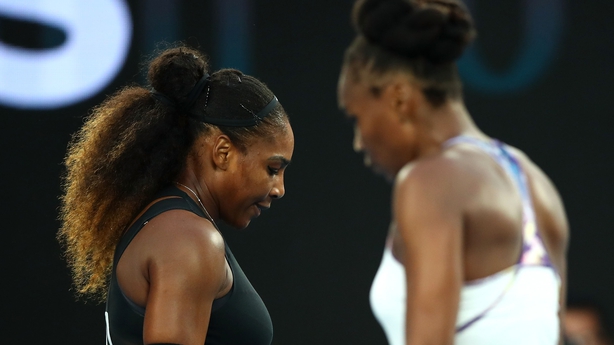 These contests have always been more respectful than raucous and it was the same again as Serena quickly apologised to her sister when an early throw-up went awry.

Best behaviour momentarily went out the window when the younger sibling lost balance and instantly cracked her frame in frustration. Umpire Alison Hughes called out a warning for racket abuse.

A rare blistering exchange caused one spectator to howl mid-rally, as if on a rollercoaster, but there were more downs than ups, as three Serena double faults helped Venus move ahead 3-2.

Suddenly, however, the favourite was jolted into life as a driving backhand winner gave her the break for 5-3, before serving out the set with an ace.

Serena had never lost a major final after winning the first set and she went for the kill in the third game, opening up 0-40 and three break points.

Venus dug deep to hold with a booming forehand but every exchange felt like a struggle and it seemed inevitable Serena would capitalise.

The moment came at 3-3 when Venus saved two break points but finally succumbed to a third, Serena's stinging forehand proving too strong as her opponent responded wide.

Just as in the first set, Venus held to make her sister serve out and there was a sniff of a comeback when she led 15-30.

Two forehands into the net, however, conceded championship point and when a last Venus backhand dropped wide, her younger sibling fell on her back in celebration.