Agnieszka Radwanska enjoyed the shelter under the Centre Court roof as the former Wimbledon runner-up eased through her opening test.

The Polish third seed won 6-2 6-1 against Ukrainian Kateryna Kozlova, as rain and wind outside meant there was little other play possible by mid-afternoon.

Radwanska had arrived at a damp All England Club safe in the knowledge the cover over the main show court meant her delayed first-round match would take place, having been called off on Tuesday when it was billed for Court Two.

And while her game is not about overpowering opponents, the craft of the 2012 finalist meant she was always in control against the world number 97, who was making her grand slam debut.

Kozlova was suspended from the tour at Wimbledon time last year, serving a six-month drugs ban after testing positive for the stimulant DMBA.

She was ruled to have not deliberately doped, however, with doctor Elena Dorofeyeva served with a four-year suspension by the International Tennis Federation after being found to have provided the substance. 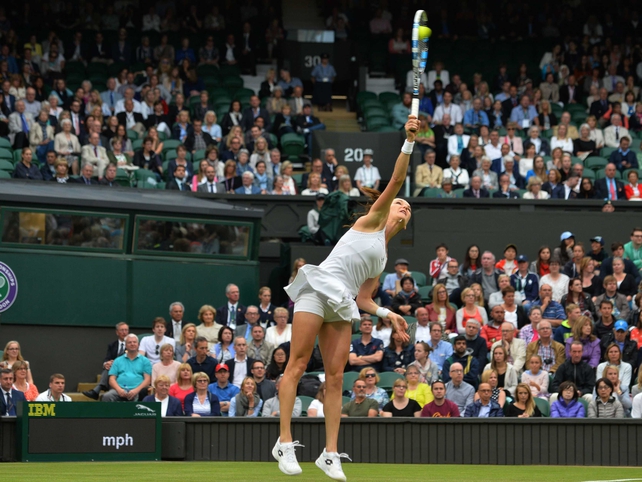 Now 22, Kozlova gave a good account of herself for large parts of the match against Radwanska, although the scoreboard did not reflect her endeavour.

On a third match point, after a flicker of resistance, Radwanska thought she had sealed victory with an ace down the middle, but a Kozlova challenge showed it had landed just on the wrong side of the centre line.

However from the second serve Kozlova hit the top of the net, with the ball dropping almost in slow motion back on her side, to finish the contest.

Radwanska said: "I'm very happy with that win and just looking forward to the next one."
Karin Knapp or Ana Konjuh await Radwanska in round two.

Radwanska said playing under the roof gave the match the feel of an indoor event.

"Without the sun and without the wind it's a different game, but it's good we could play today," she said. "I'm trying every year to do better and better."

British No.1 Johanna Konta won her first Wimbledon match at the fifth attempt on Wednesday, seeing off Puerto Rico's Monica Puig 6-1 7-5 after a rain delay.

Konta, who was ranked 126th in the world at last year's tournament, has risen quickly up the tennis ladder to be seeded 16 this year.

Puig settled better after the rain interruption, holding her serve at the resumption in the fourth game of the second set from 40-15 up, and immediately breaking Konta in a match that started on Tuesday.

But Konta regrouped to break back in the eighth game and then again to claim victory in front of an enthusiastic home crowd.

Women's 10th seed and twice Wimbledon champion Petra Kvitova is also through to round two after breezing past Romania's Sorana Cirstea 6-0 6-4. 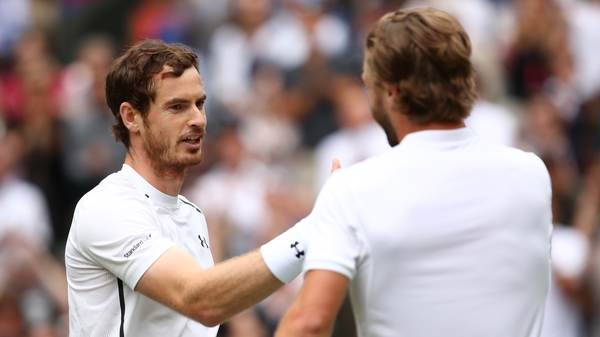