Agnieszka Radwanska and Simona Halep accused the French Open of not caring about the players after both women were knocked out in the fourth round after being made to play in the rain.

Radwanska led Tsvetana Pironkova by a set and 3-0 when play was halted on Sunday, but lost 10 games on the resumption and was eventually beaten 2-6 6-3 6-3.

She said a previous hand injury meant the heavy conditions made it impossible for her to play her game.

"I had surgery a few years ago and I couldn't really play in those conditions, end of story," said the second seed.

"I don't know who allows us to play in these kind of conditions. I don't think they really care what we think. I think they care about other things, I guess." 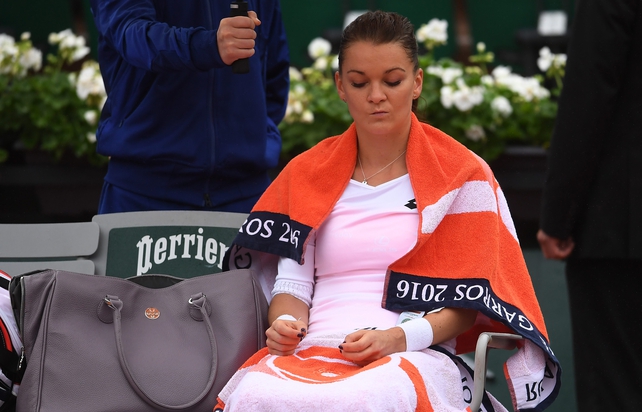 Roland Garros witnessed its first total washout in 16 years on Monday and organisers were clearly desperate to avoid the same situation for a second successive day.

The rain was not as heavy on Tuesday, but was persistent.

The players resumed their matches just after midday and played for nearly 40 minutes before being taken off once more. There followed another two-hour delay before the matches were called again, despite the ongoing drizzle.

The sixth seed and 2014 finalist said: "I cannot comment about the conditions, I have no words. It was impossible to play, in my opinion. And to play tennis matches during the rain, I think it's a bit too much.

"No one cares about the players, in my opinion. I don't care that I lost the match today, but I was close to getting injured with my back, so that's a big problem. But, like I said, no one cares. We have just to go and play.

"The court was not good. The balls were wet, completely wet during the match. I felt some pain in my back, in my Achilles. Sam was stronger and she played better today, and these conditions I think are good for her because she has a lot of topspin."

Asked why she thought play continued despite the conditions, Halep said: "Maybe they are scared because the days are going on and they don't play matches.

"But it's not our fault. It's not their fault. But the decisions were not, I think, the best. I didn't feel sure on court, safe on court." 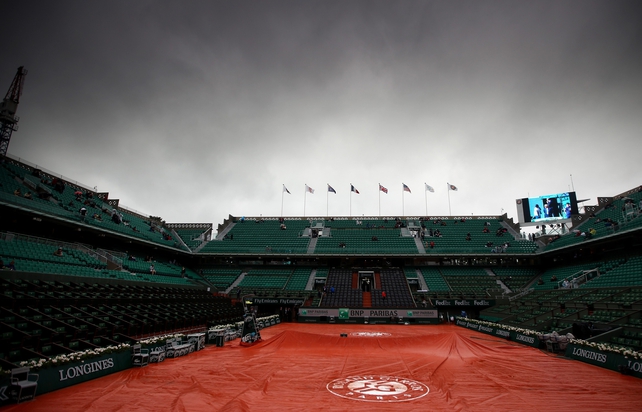 Organisers will fully refund fans that came on Monday, but, because two hours of play - almost exactly - was possible on Tuesday, no refunds can be claimed.

Press Association Sport has contacted the French Tennis Federation and is awaiting a response.

Several men's fourth-round matches were also affected. David Goffin and Ernests Gulbis took matters into their own hands and refused to continue their match, while Dominic Thiem also walked off during his contest with Marcel Granollers.

Asked if she could have done the same, Halep said: "I'm not that kind of person and I will never do that."

Stosur was beaten in the final by Francesca Schiavone in 2010, but had not been beyond the fourth round here since 2012.

The Australian, who now plays world number 102 Pironkova, said of the conditions: "I know what it feels like out there and I know it was raining for the first time we went out today, but the court was okay for the most part.

"I don't think Simona was complaining about it. We're told to play, we play. If it gets too wet, you've got to say something. But it was fine for us."

Pironkova is renowned as a dangerous player on fast surfaces, particularly grass, but her run to the last eight has been a complete surprise.

The Bulgarian, who had never previously been beyond the third round at Roland Garros, joins American Shelby Rogers to make it two players ranked outside the top 100 in the last eight. 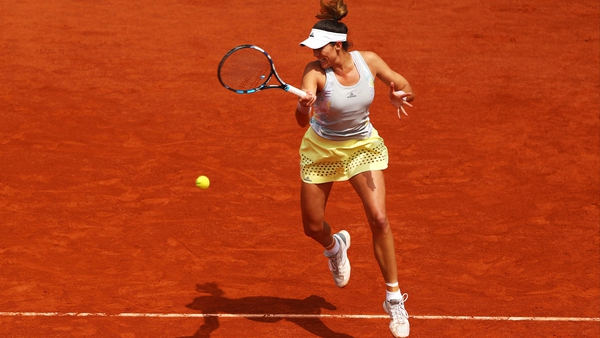 Muguruza, Halep and Stosur through at French Open