Serena Williams passed her first serious test of the French Open with a 6-4 7-6 (12/10) victory over French No.1 Kristina Mladenovic.

The defending champion lost just five games in her opening two matches but needed two hours and 11 minutes to battle past Mladenovic in a rain-affected match on Philippe Chatrier court.

The Frenchwoman was inspired by a raucous home crowd and had chances to upset Williams, who needed all her survival skills to make it through to a fourth-round meeting with Elina Svitolina.

Both women did a superb job of holding their serves and the only break of the match came in the 10th game of the first set, enabling Williams to move ahead.

The American took advantage of her opponent's disappointment having failed to take any of three break points at 4-4.

Williams was having one of her vocal, emotional days, and her frustration threatened to boil over when Mladenovic came from 0-40 to hold in successive games in the second set.

The top seed took just one of 12 break points in the match and Mladenovic held on to force a tie-break.

At that point, rain that had been little more than drizzle turned into a torrential downpour, forcing the players off court for more than two and a half hours.

When the duo came back on court to resume battle in a titanic tiebreak lasting 17 minutes, Williams produced some howlers as four match points went begging.

At 6-5 she drew a chorus of 15,000 gasps as she smashed the ball metres over the baseline and Williams was way off target at 8-7 too, misfiring a forehand well beyond the court markings.

The American then drew on the wealth of experience that has earned her 21 grand slam titles to save a set point before sealing victory when Mladenovic belted a forehand wide.

The 34-year-old was far from happy with her performance, saying: "I think she played well. I feel like I made a tremendous amount of errors. She forced me to go for it, and unfortunately, I wasn't hitting great today.

"I just made it a point to play my game (in the tie-break). Up until that point I had not been playing my game. I was playing really defensive. So I just wanted to be Serena out there."

Svitolina made the quarter-finals in Paris 12 months ago before losing to Ana Ivanovic, but turned the tables this time, beating the former champion in round three 6-4 6-4.

It was her first win over Ivanovic in eight attempts, which she hopes can be a positive sign ahead of her clash with Williams.

The 21-year-old said: "We didn't really speak about (playing Williams) yet, but of course it's going to be a big challenge for me, like today, as well. First win against Ana, it's huge for me.

"I think mentally I need to stay strong, stay positive, and no more junior mentality and junior tennis." 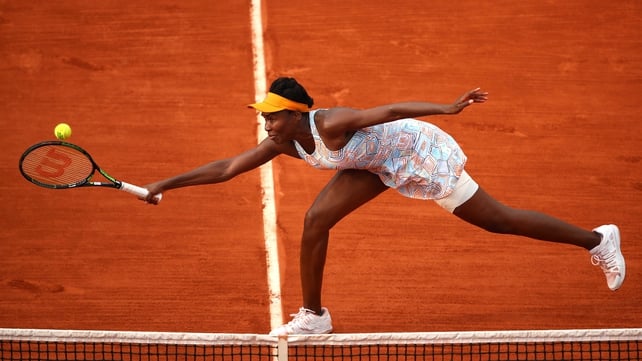 Venus Williams joined her sister in the last 16 by completing a miserable day for the home country by defeating Alize Cornet 7-6 (7/5) 1-6 6-0.

Venus, who turns 36 next month, was playing in the third round for the first time since 2010 and has not made the quarter-finals in a decade.

Eighth seed Timea Bacsinszky, who next plays Venus, reached the semi-finals last year and is on another good run, beating Pauline Parmentier 6-4 6-2. 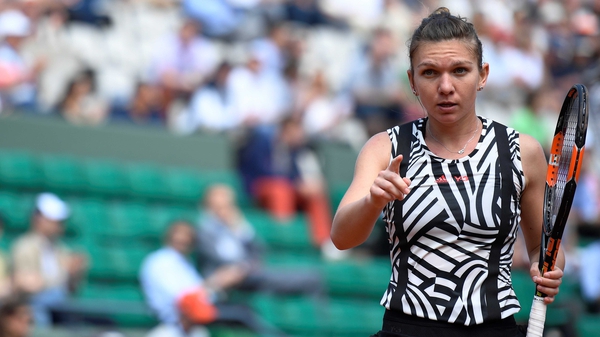