Irish No 1 James McGee will miss out on his country's Davis Cup challenge due to scheduling commitments.

McGee just missed out on making the first round proper of this year's Australian Open when he was beaten in two sets by German Daniel Brands - ranked 151st in the world - in his final qualifying round match in Melbourne, 7-6 (7-1), 6-4.

In the wake of that defeat, the Castleknock man emphasised his desire to break into the world's top 100 in 2016.

Sam Barry will now lead the team with Bjorn Thomson as his No 2. Peter Bothwell is selected at No 3 and they will be joined by doubles specialist David O’Hare at Tere Tennis Centre in Tallin, Estonia on 2-5 March.

Niland said: “I am very pleased to announce a team with a good mixture of youth and experience for this tie in Estonia.

Ireland will be seeking promotion to Europe Zone Group II for 2017. 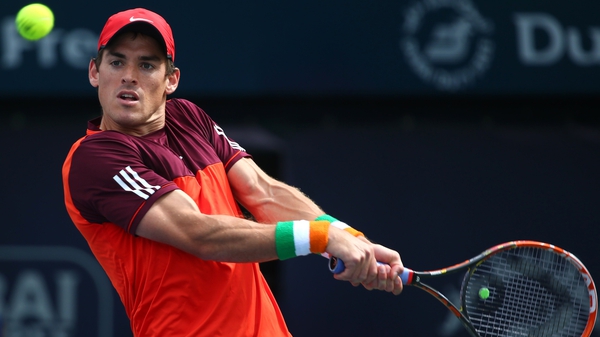