Wawrinka had put a poor run of form behind him with a 6-1 6-1 victory over Tomas Berdych on Monday afternoon that lasted just 58 minutes.

It was the most one-sided result since the tournament moved to Britain in 2009 but it took only a few hours for it to be equalled as Djokovic won by the same scoreline against US Open champion Marin Cilic, and in two minutes fewer.

The Croatian, whose New York triumph was one of the shock results of the last decade, had lost all his previous ten matches against Djokovic but their three other clashes this year had all been close.

The world number one is the king indoors, protecting a 27-match winning streak dating back two years, and from the moment he hit his stride to break for a 2-1 lead in the opening set, a 28th looked inevitable.

Djokovic was simply too good and too solid off the ground, clinching a second straight break with two sumptuous forehand passes.

Cilic saved one set point with an ace but not a second, and Djokovic made it eight games in a row by breaking serve again at the start of the second set.

The one high point for Cilic came with a break to love in the third game, but he was well and truly outclassed on his tournament debut.

Wawrinka had won only one match since the US Open as a season that began with his stunning Australian Open triumph threatened to end with a whimper.

The result maintains Berdych's unwanted record of never having won his opening match at the tournament, with the Czech winning just five points in the opening five games.

Wawrinka felt the performance had been coming, saying: "I didn't expect to win that easy in the score, for sure. But I was ready to play well.

"I did a great week of preparation. I have been working really, really hard for a few weeks with (coach) Magnus (Norman). Even if the results weren't there in Basle and Paris, I was feeling the ball really well at the practice court.

"Today, the start of the match was really important. That changed completely the match after."

Wawrinka has the best record of any player this season against fellow top-ten players, winning seven times and losing only once.

"I had six wins against the top ten in the first three months of the year, then I never played them again because I lost early in the tournaments, so it was a tough six months after," said the Swiss in typically self-deprecating fashion.

"I think I showed from the beginning of the year, already from last year, that my level is there. When I feel good on the court, I'm ready to beat everybody."

Berdych pulled no punches in assessing his own performance and described trying to reach the last four as "almost mission impossible".

The Czech, who is likely to have to beat Cilic and Djokovic to stand a chance of progressing, said: "Unfortunately it was my worst match of the whole season.

"But there are days like that. Just try to leave this somewhere very far and try to come up with some better tennis. I'm in the worst possible situation that I can ever be."

Djokovic and Wawrinka will meet each other in the second round of matches in Group A on Wednesday, with Berdych and Cilic looking for significant improvement in their clash. 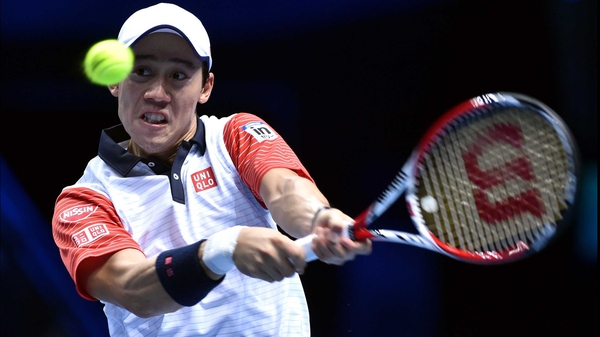