Maria Sharapova survived an attritional battle against Romania's Alexandra Dulgheru to reach the third round of the US Open but Agnieszka Radwanska became the first major casualty.

Sharapova paid the price for an erratic display in the first set and needed two hours and 38 minutes to grind out a 4-6 6-3 6-2 win over world number 95 Dulgheru.

The fifth seed will hope it is a good omen after she recovered from a set down in a succession of matches at the French Open before going on to take the title.

"We started under the sun and finished under the lights," said Sharapova. "It was tricky conditions, a tough opponent so I'm very happy I was able to come back and come through and win this match."

Radwanska had dropped just one game in a rapid first-round win over Sharon Fichman but world number 39 Peng Shuai was a deserved 6-3 6-4 winner.

It was deja vu for Radwanska, who suffered her only previous loss to the Chinese player in the second round at Flushing Meadows four years ago.

The Pole has reached at least the quarter-finals at every other grand slam but has not made it past the fourth round here.

Radwanska said: "It always is disappointing (to go out), especially in the first week of a grand slam. But I think here it's not really a new thing for me unfortunately.

"I really want to know the answer. Then maybe I will find a way to play better here and just try another way to be in the second week.

"There is just something here that I can't really pass those rounds. I have couple of years to try. Hopefully one day I will do it."

Second seed Simona Halep avoided the struggles of round one, when she was a set down to unranked Danielle Rose Collins, with a swift 6-2 6-1 victory over Jana Cepelova.

The Romanian is ranked in the top two at a slam for the first time, and she said: "The first round was tough because of the pressure but now I feel okay.

"I am here and I think I deserve to be here because I won many matches, good matches with top players."

The 18th seed fought back from 5-3 down in the deciding tie-break to beat Monica Puig 3-6 6-3 7-6 (7/5) while there were straight-sets wins for Jelena Jankovic and Angelique Kerber.


Venus Williams continued her encouraging form with a 6-1 6-4 victory over Swiss Timea Bacsinszky.

The elder Williams sister has enjoyed her best season for some time, reaching the final in Montreal earlier this month, and next meets Sara Errani, who she has never lost to.

It is the first time Williams has made it through to the third round since 2010, when she went on to reach the semi-finals.

The 34-year-old said: "The last couple of years I fought really hard and I really played red-hot opponents. So it wasn't like I didn't try.

"Sometimes you don't win them. That's why you get up and you live to fight another day. So that's really what it's about for me.

"I'm happy I won a match again. Finally I did something I couldn't do the last couple of years. That's good stuff." 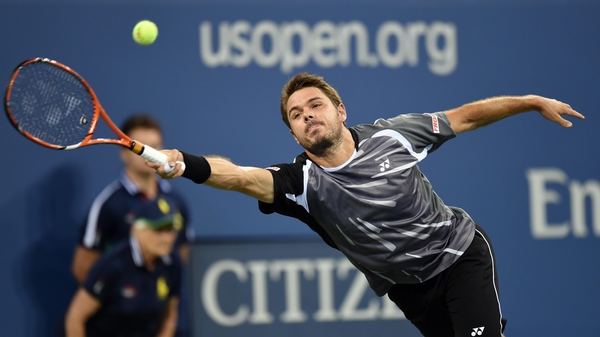 Stan Wawrinka holds off Thomaz Bellucci to advance at US Open