Ireland’s James McGee believes he can “do better” after qualifying for his first grand slam event, the US Open.

The 27-year-old Dubliner came through the final qualifying round in New York on Friday to set up a meeting with Kazakstan’s Aleksandr Nedovyesov, ranked 108 in the world, in the first round proper, either on Monday or Tuesday.

McGee is ranked 195th but feels that, having made the cut at the Flushing Meadows, the pressure is now off.

“This is something I’ve worked for my entire life. I’m absolutely delighted, it’s absolutely huge for me,” the Castleknock man told RTÉ Sport.

“It’s been something that’s been burning within me for years, just to get into a [grand] slam [event].

“In a way the pressure is off because I’ve actually done it now and I can go out and enjoy my tennis.

"I think it’s going to help for the next few months, just playing other tournaments, knowing in my heart I’ve done it.

“It really does give me that belief. I think I can do better, to be honest. Let’s just wait and see how the next match goes and hopefully I can get the win.”

I'm overwhelmed with all the messages after today-thank you so much. The win today meant the world to me. #mydream pic.twitter.com/fybWcPlKiQ 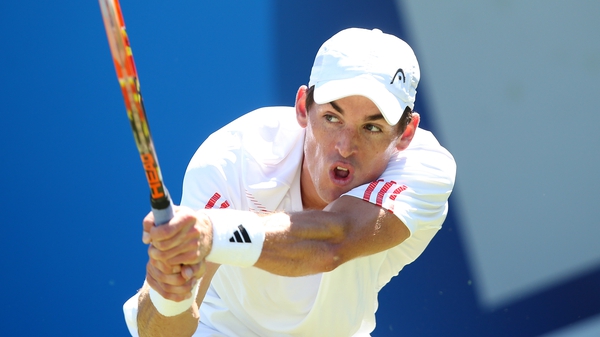 James McGee qualifies for US Open