The Pole, a semi-finalist in the event in both 2011 and 2013 in Toronto, swept home in straight sets in Montreal to clinch her first win since last September.

For Williams, the exertion of playing two-hour-plus matches on each of the previous three days - including Saturday's semi-final win over her sister Serena, the world number one - perhaps caught up with her in an error-strewn performance.

Radwanska broke in the third game and again in the fifth and, though Williams recovered to 4-3, she could not get back on level terms and sent a backhand long to give Radwanska the set 6-4.

Williams again recovered from a break down early in the second set, combining power and placement to get back to 2-2.

But Radwanska immediately broke once more and some deep hitting forced Williams to send a forehand well wide and drop her next service game as well.

The third seed then produced an extraordinary shot from low down on the baseline to set up a love hold, concluded with an ace, to wrap up a 6-4 6-2 win.

Radwanska said afterwards: "Venus, I just want to say great match - not just today, but it was a whole week of great tennis.

"And I had a really amazing week this week too. I've been playing here for years, a couple of times I made the semi-finals and I kept trying and trying, and now I've finally done it.

Williams could be forgiven for not sharing those feelings, having remarkably never won a match in Canada in her illustrious career prior to this week.

But the 34-year-old is not finished with the country and suggested she could be in the field when the even returns to Montreal in 2016 - it alternates between the two host cities with the ATP's equivalent, won on Sunday by Jo-Wilfried Tsonga, taking place at the other venue.

"I have to congratulate Agnieszka on a wonderful tournament and a wonderful final," said Williams.

"I have to say wow, this is the first time I've ever won a match in Canada since I turned professional 20 years ago - I never imagined I would get to the finals of this tournament. 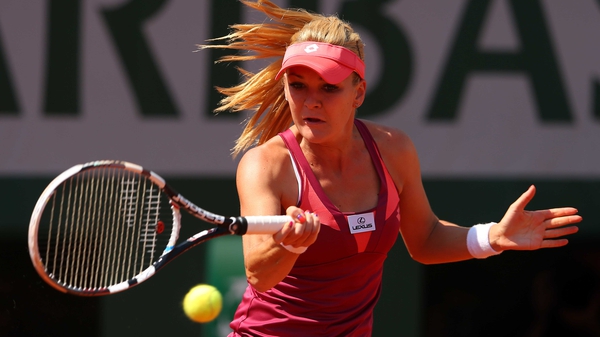