Serena Williams ruthlessly dispatched teenager Ashleigh Barty but Venus Williams and Petra Kvitova were both sent packing on the opening day at the Australian Open.

Facing the world number one was a daunting assignment for 17-year-old Australian wild card Barty and, not surprisingly, she could offer little resistance as Williams eased to a 6-2 6-1 victory inside an hour.

Williams is looking for her first Melbourne title in four years after ankle problems contributed to shock defeats in 2012 and 2013.

Last year's quarter-final loss to compatriot Sloane Stephens was one of only four she suffered during the whole season, while the Barty win was her 23rd in succession.

Williams said: "It was a little tricky out there. It's good to get through that match. She could be potentially a dangerous opponent."

The American applauded Barty off the court, and she added: "I just think she's so cute. I like her a lot. She's so young. I'd like to see her do really well. I think she has a game to do really well. We'll see."

Barty, who won the Wimbledon junior title two and a half years ago, said: "It was a fantastic experience for me. I think Serena really showed why she's one of the greatest champions of all time.

"It was an absolute pleasure to be out there and have the chance to play against her."

It looked like Venus would be the first Williams sister through to the second round when she led 3-0 in the deciding set against Ekaterina Makaraova.

But the Russian fought back to win 2-6 6-4 6-4, completing a notable double after taking out Serena in the fourth round two years ago.

Venus will play women's doubles with Serena and once again insisted she has no plans to hang up her racquet.

"The last 12 months I have had issues, but this year I definitely am looking forward to having a good run and feeling well," she said, adding: "I love Australia. I'd love to come back."

The 20-year-old has been steadily climbing the rankings, reaching 88, but there was nothing in her results to indicate she could pull off an upset of this nature.

Sixth seed Kvitova has been plagued by inconsistency since her Wimbledon-winning season of 2011 and made 40 unforced errors.

The Czech could offer little explanation, saying: "I really want to know what happened out there. Unfortunately I didn't play well. I didn't play my game that I really tried all off season to work on.

"It was a great off season. I was really excited to be here, feeling good. But I think that probably I wanted it too much, and then everything just fell down." 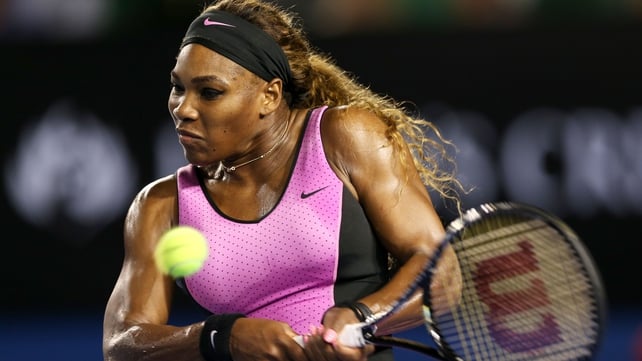 Attention early in the day fell on two 16-year-olds, Belinda Bencic and Ana Konjuh, who have both been tipped for the top.

They experienced differing fortunes, with Croatian Konjuh's lack of experience showing in a 6-2 6-0 defeat by fourth seed Li Na.

But her fellow qualifier Bencic secured her first victory in the main draw of a grand slam by beating Kimiko Date-Krumm 6-4 4-6 6-3.

It was a real generational battle, with Date-Krumm an astonishing 27 years older than her opponent.

Swiss Bencic is coached by Melanie Molitor, the mother of Martina Hingis, and Hingis was in the stands to see the teenager triumph.

Bencic said: "She gave me some advice and I tried to do it. I was a little bit nervous in the beginning but then I just tried to keep the ball in the court. It was special."

There was double success for Hingis, who is coaching 15th seed Sabine Lisicki in Melbourne.

The Wimbledon runner-up was a convincing 6-2 6-1 winner over Mirjana Lucic-Baroni.

But there was no happy return to grand slam tennis for two-time finalist Vera Zvonareva, who was beaten 6-2 6-2 by Australian wild card Casey Dellacqua.

The Russian, who made the finals at Wimbledon and the US Open in 2010, was playing her first grand slam match since Wimbledon in 2012 following 17 months out through illness and shoulder surgery.