Kim Clijsters ensured her final professional tournament will extend into the second round at least after a comfortable 6-3 6-1 win over American youngster Victoria Duval at the US Open.

The Belgian, a three-time champion at Flushing Meadows, opened the first night session of the tournament against 16-year-old wild card Duval, the youngest player in the draw.

Clijsters announced earlier this year that the final grand slam of the year, and the venue where she has had the most success, would be her last event before retirement.

While the 29-year-old is very familiar with the vast arena that is Arthur Ashe Stadium, for Duval it was a daunting venue to make your grand slam debut.

The teenager, who spent much of her youth in Haiti, has already been through a lot in her life, including being held hostage by robbers in Port-au-Prince when she was seven.

Her doctor father, meanwhile, was injured in the Haitian earthquake in 2010 and was airlifted to Florida after members of Duval's training centre in Atlanta donated money.

Duval earned a wild card by winning the under-18 national championships and gave a good account of herself, particularly in the first set, but Clijsters was too powerful in the end. 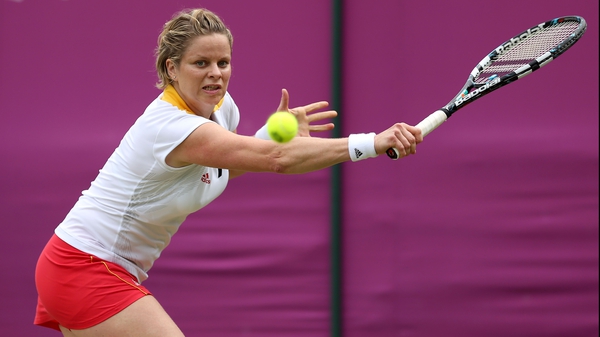 Kim Clijsters determined to end career on a high