Ireland’s top ranked tennis player, Conor Niland, has announced his retirement with immediate effect due to a persistent hip injury.

The 30-year-old Limerickman, who in December 2010 reached a career high ranking of 129, began his professional career in 2005 after completing a tennis scholarship at the University of California in Berkeley.

Following a glittering career as a junior, Niland took up the offer of the scholarship in California before turning professional in 2005.

He had a distinguished career for the Irish Davis Cup team winning 17 of the 29 matches he played since making his debut in 2000.

He won three events on the ATP Challenger Tour, the most recent being the Salzburg Indoor Championships in November 2010 and won five ITF Futures events.

In 2011 Niland made history by becoming the first Irishman in more than a quarter of a century to qualify for the main draw at Wimbledon.

His five set loss in the first round to Adrian Mannarino deprived him of a match with the 16-time Grand Slam champion Roger Federer.

Later that summer Niland qualified for the US Open and faced the World Number One Novak Djokovic in the first round. A bout of food poisoning forced his retirement at the end of the second set against the eventual champion.

Niland said: “I am today sadly announcing my retirement from professional tennis. I have been suffering from labral tears in both hip cartilages and this has resulted in pain and restricted movement for the past nine months.

“Despite several cortisone injections and intensive physiotherapy during this time the condition has progressively worsened and has prevented me from training and competing at the levels required for professional tennis. I have considered the possibility of hip surgery but have been advised of a lengthy recovery time without any guarantee of a successful outcome.”

Niland, whose sister Gina is a former Irish number one ranked player, played his last competitive match last Friday when he competed for Ireland in a Davis Cup match against Egypt in Cairo.

Niland added: “I would like to thank my family, in particular my parents, for their phenomenal support throughout my tennis career. I would not have been able to achieve the things I did without them.” 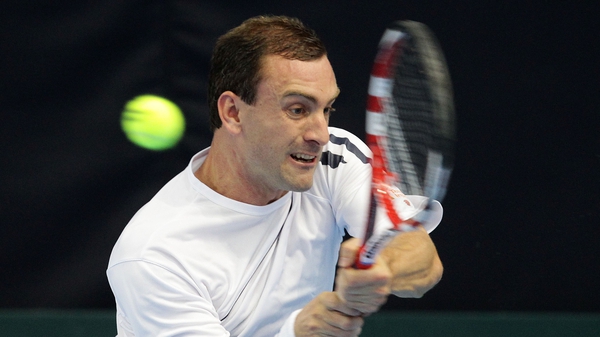