Play was suspended on Sunday evening, which forced the tie into a fourth day and play resumed with McGee leading by two sets to one.

South African referee Iain Smith had deemed the venue to be unplayable due to bad light.

Sabry broke McGee to love in the eighth game of the fourth set and went on take it 6-3 in 40 degree heat at the El Gezera Sporting Club, forcing the match into a decisive fifth set in the deciding rubber.

McGee broke Sabry at 4-2 in the fifth set and at 5-2 he had a match point, which Sabry saved and held his own serve to stay in the match at 5-3. 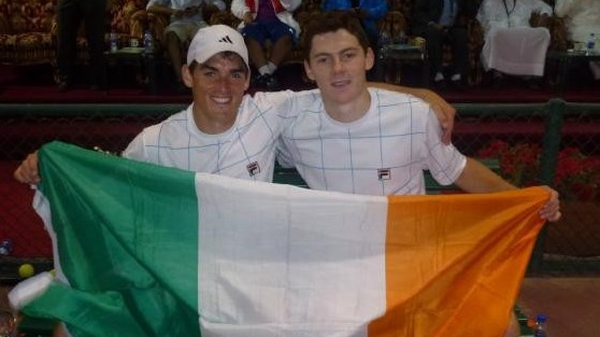