The world number one and top seed needed just 63 minutes to dispatch De Brito, 17, and set up a second-round meeting with Anna Chakvetadze, almost certainly in front of the Queen on Thursday.

Williams was grateful for the workout against an opponent whose battling display in the second set won the admiration of Centre Court.

‘I served well but I could have came to the net more often,’ said the 28-year-old.

‘She's a good player. I played her before and that was good because I knew what to expect. She doesn't look it, but she definitely packs a punch.

Sam Stosur became the second top-six seed to depart in the first round after losing in straight sets to Estonian qualifier Kaia Kanepi.

The 26-year-old Australian, the sixth seed, has never progressed beyond the third round in eight appearances at the All England Club but still hopes to make an impact in the future.

‘I'm trying not to worry that it will never happen for me at Wimbledon,’ she said.

‘I'd love to do well here. As Australians, we've always had a great tradition of doing well at Wimbledon.

‘I haven't been able to have my own success yet but I'm still hopeful that in the years ahead I'll be able to turn it around.’

‘I feel good. My body feels good. I'm in much better match condition than I was last year,’ said Sharapova, the 16th seed and 2004 Wimbledon champion.

‘Absolutely I feel that on my better days I can beat anyone again.’

Ninth seed Li Na of China, a quarter-finalist in 2006, cruised past South Africa Chanelle Scheepers 7-6 6-2 on Court Five and was followed into the second round by compatriot and 23rd seed Jie Zheng, who beat France's Pauline Parmentier 7-5 6-4.

Chakvetadze of Russia beat Andrea Petkovic in three sets to join compatriot Svetlana Kuznetsova in the second round after the 19th seed beat Akgul Amanmuradova of Uzbekistan 6-2 6-7 6-4. 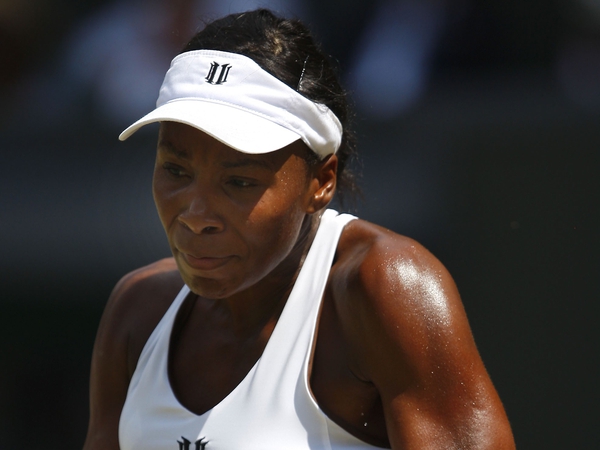 Venus, Clijsters and Henin through, Schiavone out