Roger Federer came through a mid-match wobble to wrap up a straight-sets win over Stanislas Wawrinka and move into the French Open quarter-finals today.

Defending champion Federer made his most convincing start of the tournament so far but also went close to dropping a set for the first time before sealing a 6-3 7-6 (7/5) 6-2 victory in one hour and 56 minutes on a windy Philippe Chatrier Court.

The world number one will now face a rematch of last year's final against Robin Soderling in his next outing.

Today's fourth-round match between Federer and Wawrinka was the first between two Swiss men at this late stage of a grand slam.

Both had enjoyed serene progress to the last 16, with neither having dropped a set.

Federer had made slow starts in his opening three matches but was quickly into his stride today, breaking his good friend in games three and nine to wrap up the first set.

Game eight even saw him unleash a winner with his now famous squash shot.

Wawrinka, who lost his fourth match in five meetings with Federer at this month's Madrid Masters, was in no mood to buckle.

He broke the top seed to 15 in the first game of the second set and impressively held his next three service games.

But a fourth hold proved beyond him, the 20th seed going long with a forehand before netting to hand Federer the break back.

A tie-break ensued, which saw Wawrinka twice lead by a mini-break and twice surrender the initiative.

Another lapse gave Federer set point and he made no mistake, prompting Wawrinka to repeatedly smash his racquet in frustration.

Any hope of a comeback was quickly extinguished when the top seed broke in games three and five of the third set before serving it out.

He managed to keep his cool in the key moments of the match as Cilic, who has never made it past the fourth round here, struggled to match the Swede's brutal strokes from the back of the court.

Soderling was in no mood to stay too long on Court Suzanne Lenglen as he ended Cilic's ordeal after one hour and 40 minutes when the Croatian sent a forehand long.

Tsonga, the eighth seed, received treatment to his leg when trailing 5-2 in the opening set and called it a day when Youzhny, the 11th seed, won the following game.

Tsonga spoke to the chair umpire, flung his racket onto his chair and offered Youzhny his hand.

The former Australian Open finalist was the only Frenchman left in the draw at Roland Garros. 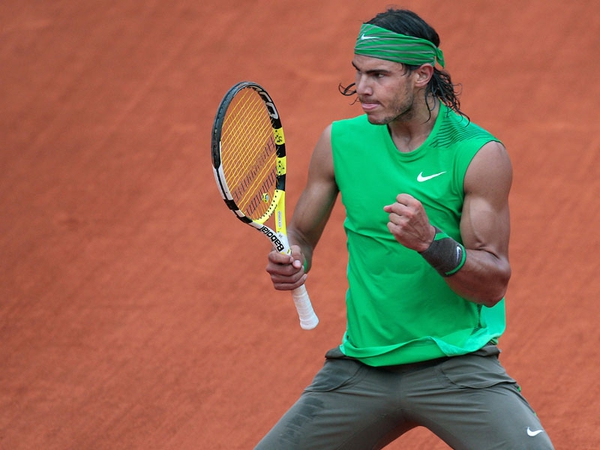