Martina Navratilova thinks it is cheating, Serena Williams does not even know she is doing it and now there is a Portuguese teenager who appears to cry out in agony when she hits the ball.

Grunting is back on the tennis agenda at the world's most famous tournament, which starts on Monday, and the big noise at Wimbledon could be 16-year-old Michelle Larcher de Brito.

At the French Open, her opponent Aravane Rezai complained about the racket across the net, telling the umpire it was distracting her.

Unrepentant as she heads into Wimbledon's first round as a wild card, Larcher de Brito has said grunting is ‘just something I have done always since I started playing tennis. I am going to keep on doing it because it is really part of my game’.

‘The grunting has reached an unacceptable level. It is cheating pure and simple and it is time for something to be done,’ she said at an awards ceremony in Paris earlier this month.

Jimmy Connors grunted his way to eight grand slam victories in the 1970s and 80s. Ivan Lendl complained that Andre Agassi's grunting put him off. Today female players are under the spotlight as ‘decibel demons’.

A lion's roar is reckoned to reach 110 decibels. Former Wimbledon champion Maria Sharapova, who says she grunted since the age of four and cannot help it, has been measured at 101.

At her pre-Wimbledon news conference on Saturday, the first question to Sharapova was about grunting.

She was asked to comment on former champion Michael Stich saying that women players should not grunt because it was not sexy and sex appeal was the main attraction of women's tennis.

‘No, I don't have an opinion on that,’ she replied crisply.

Also probed about her grunting, which has been measured at 88.9 decibels, 10-times grand slam champion Williams said it was ‘definitely not conscious. Sometimes I am so zoned I don't grunt, sometimes I'm so zoned that I do grunt’.

Larcher de Brito was trained at the Florida academy of Nick Bollettieri, who nurtured such grand slam champions as Sharapova, Seles and Agassi.

He says his academy has never encouraged grunting but argues that it does help players to release energy and stay focused.

This is the perfect opportunity for British tabloid newspapers to plug in their courtside ‘gruntometers’ once more and wax lyrical with noise metaphors about police sirens, aircraft taking off and bull elephants bellowing.

Wimbledon officials, meanwhile, will be all ears.

‘We will be monitoring the situation. We work together with the International Tennis Federation and other grand slams on this issue," a tournament spokesman said.

The rules of the game state: ‘If the player is hindered on the point by a deliberate act of the opponent, the player shall win the point’.

Wimbledon umpires will need to decide if the player is grunting on purpose. The ball is firmly in their court. 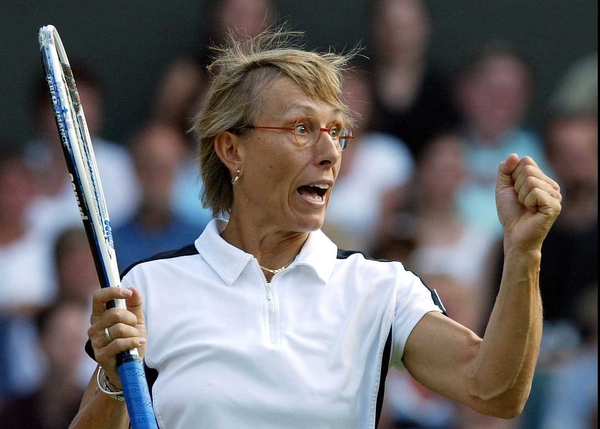