The 20-year-old from Belgrade broke Kuznetsova, the second seed, three times in the second set to wrap up victory in one hour 21 minutes at Indian Wells Tennis Garden.

After dominating a first set of quality shot-making, Ivanovic held the edge in an error-prone second before sealing the title by hitting a forehand service return winner.

It was the sixth WTA success of Ivanovic's career and the third loss by Kuznetsova in a final this season, following earlier disappointments in Sydney and Doha.

On a sun-drenched afternoon, the opening set went with serve until the ninth game when a crunching forehand by Ivanovic forced an error off Kuznetsova's backhand for the Serb to lead 30-40.

Ivanovic, runner-up at the Australian Open in January, coolly clinched the breakpoint with a whipping top-spin forehand winner to edge ahead 5-4.

The elegant Serb then served out to take the opening set in 40 minutes, clinching the final point when the Russian hit a forehand long.

Ivanovic took early control in the second set, breaking in the third game when Kuznetsova pushed a backhand wide to lead 2-1.

However, the Serb surprisingly failed to hold serve in the fourth, trailing 0-40 before being broken after a backhand flew wide.

Kuznetsova, increasingly vulnerable on her serve, was again broken in the seventh game when she netted a forehand before Ivanovic held to lead 5-3.

Serving to stay in the match, the 22-year-old Russian double-faulted to trail 0-30 before Ivanovic then unleashed a crunching backhand winner for 0-40.

The Serb claimed the opening Masters Series event of the year with a service return winner. 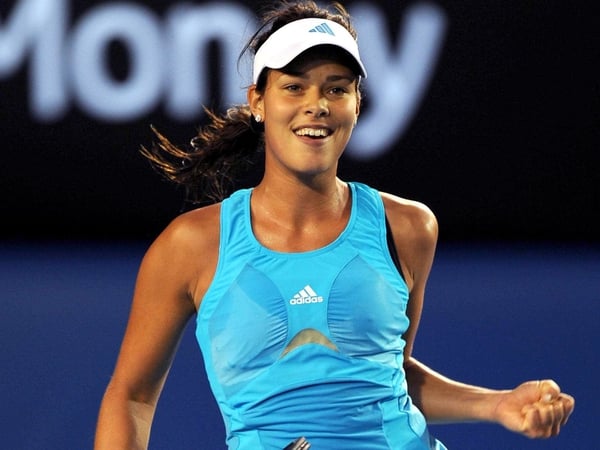