Danielle Hill continued her fantastic form and Finn McGeever added his name to the record books at the Irish National Team Trials in Dublin.

Larne's Hill broke her third record of the meet, the 24-hour-old 100m freestyle record, in an impressive 55.33 seconds.

Hill (below) reclaimed the record tonight in the final with Catterson finishing second in 55.53. 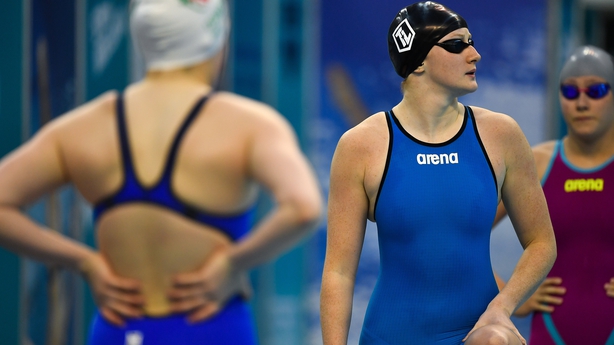 Hill said: "No pressure does amazing things. I was fuelled by Victoria’s swim yesterday and my disappointment of the 100 backstroke, so all of that added together made up for a pretty nice swim.

"We used to train age group level together in Templemore, so we’ve known each other quite a while and it’s nice to see Victoria starting to come through.

"It’s an exciting time. Both of us would say we want to go 54 and there’s no reason why we can’t. We’ve just got to get our head down, and hopefully be given an opportunity to swim as a relay and prove that female swimming in Ireland is moving forward."

WATCH: Action from the National Aquatic Centre on RTÉ Player

The consideration time for the Women’s 4x100m freestyle relay for European Championships in Budapest, Hungary in May was met in the 100m freestyle final.

Ireland’s Women’s 4x100m medley relay is also looking to be a very exciting prospect with Irish records this week in the 100m backstroke (Hill), 100m breaststroke (Mona McSharry), 100m freestyle and Walshe breaking the minute mark for the second time tonight in the 100m butterfly final in 59.73.

Both teams, which will be selected next week, will compete at the European Championships and will be aiming for a world top 16 spot and a place at the Olympic Games.

National Centre Limerick’s McGeever broke his first Irish senior record in the 400m freestyle final with an impressive 3:52.83. The 21-year-old dominated the final to go under Jack McMillan’s 2019 record of 3:53.31. 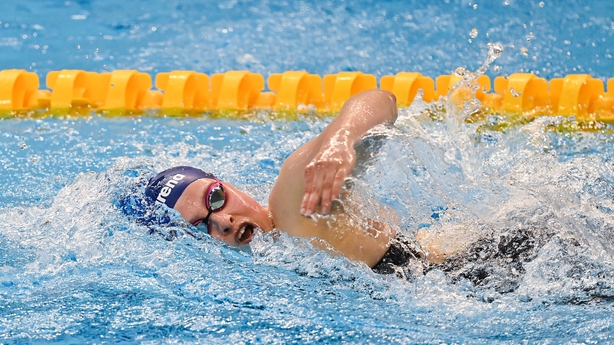 Ahead of her 100m butterfly final, Ellen Walshe had also topped the field in the 200m individual medley semi-finals and enters tomorrow’s final as the fastest qualifier in 2:18.04. 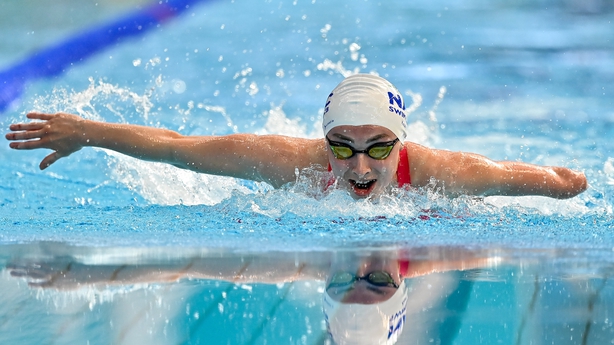 In the men’s 200m individual medley semi-final National Centre Limerick’s Cadan McCarthy progresses to the final as the fastest qualifier in 2:04.88

Calum Bain once again dominated in the 50m freestyle. The Cookstown SC and University of Stirling swimmer won all three rounds in the event, clocking 22.55 in this evening’s final.

Friday will see all four swimmers with the FINA Olympic Consideration Time (OCT) return to the pool.

Daniel Wiffen will be first up in the 1500m freestyle, the 19-year-old qualified in the 800m freestyle on Tuesday and will look to add a second event to his programme.

Wiffen is the current Irish record-holder at 15:19.04 while the OCT stands at 15:00.99. The Larne and Loughborough University swimmer knocked 20 seconds off his 800m freestyle time, so the 1500m time could be within reach.