Conor Ferguson and Mona McSharry collected silver and bronze medals respectively at the World Junior Swimming Championships in Indianapolis, Ireland’s first medals in the sixth edition of the event. 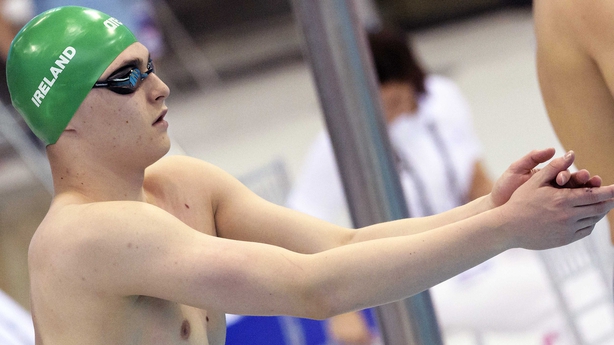 After cruising to victory his semi-final, Ferguson took home a silver in the 100m backstroke final. The 17-year-old was in fourth place at the halfway mark but a speedy 27.96 second half saw the Bangor swimmer touch in 54.51 seconds.

Spain’s Hugo Gonzalez set a new meet record for gold in 54.27 while Romania’s Daniel Martin was third in 54.55.

McSharry added a bronze in the 50m breaststroke to her European Junior title. In an extremely tight contest the Marlins Donegal swimmer clocked 30.97 seconds.

USA’s Emily Weiss captured gold in 30.78 and Canada’s Faith Knelson was just six hundredths of a second ahead of McSharry for silver in 30.91 seconds.

Our latest post from https://t.co/4z3D9OBA2t: Ferguson and McSharry Make History with Silver and Bronze for Ireland… https://t.co/DOgD0LR5dX

After their medal winning performances Ferguson (backstroke) and McSharry (breaststroke) returned to the pool for the final of the Mixed Medley Relay. Joined by Ellen Walshe (Butterfly) and Robbie Powell (Freestyle), the quartet took almost two seconds off the Irish senior record in the event finishing sixth in 3 minutes 52.38 seconds. Ferguson and McSharry with Emma Reid and Gerry Quinn had held the previous record at 3:54.09.

Speaking after the relay a delighted Ferguson said "It’s great to get a medal at the start of meet and that sets me up well for the 200m (Backstroke) later-on. I felt really honoured to lead out the relay team on the world stage and feel proud that the four of us broke the Irish Senior Record".

McSharry commented "I’m pleased with a medal at the beginning of the meet particularly when my focus is on the Olympic events (100m, 200m Breaststroke). The relay final was a proud moment too, spectacular for all of us. I love moments like that and hope we have many more between now and Tokyo".

Ferguson, McSharry, Walshe and Powell are all back in action later today (Friday), Ferguson in the 50m backstroke, McSharry and Niamh Coyne in the 100m Breaststroke, Walshe in the 50m Butterfly and Powell in the 50m freestyle.

At the World University Games, Darragh Greene secured his place in the 50m breaststroke final. In his heat the UCD swimmer broke 28 seconds for the first time touching in at 27.87, then in the semi-final he came home in a best time of 27.85 seconds.