Malta's Ta'Qali National Stadium is assured of its place in Irish football folklore.

The venue may not immediately spring to mind when compared to the events that transpired at Stuttgart, Genoa and New Jersey's Giants Stadium, but on a November afternoon in 1989 two John Aldridge goals secured World Cup qualification for the first time.

As we all know there's no future in history. Thirty-three years on from that famous win, the class of 2022 play their final game of the calendar year at Malta's National stadium. Suddenly its importance is very real.

Under interim manager Gilbert Agius, Malta were denied a famous win over Greece on Thursday evening.

A late equaliser from substitute Taxiarchis Fountas earned Greece, managed by Gus Poyet, a 2-2 draw. It's worth noting that Greece are only ranked three places below the Republic of Ireland.

Agius is a legendary figure in Maltese football having won 119 caps. He recently stepped up from his role as U-21 manager for Malta's November friendlies.

Coupled with Thursday's encouraging performance his team beat Northern Ireland home and away in the recent qualifying campaign for the 2023 European Championships.

The resignation of his predecessor Devis Mangia was accepted by the Executive board of the Maltese FA. Mangia had been suspended after accusations of improper conduct from two national team players. In a statement Mangia denied any wrongdoing and said his decision to resign was made "after long deliberation".

Following on from September's 3-2 win over Armenia ideally the Norway/Malta friendlies would have resulted in some end of year momentum.

One final home friendly now looks likely before the Republic of Ireland's Euro 2024 qualifying campaign opens against France on 27 March. The first international window of 2023 runs from 23-28 March. The FAI are expected to arrange a non-competitive fixture before the French game.

Changes in personnel are expected on Sunday. Perhaps understandably Michael Obafemi and Callum Robinson struggled to gel in their first pairing together.

Their cause wasn't helped by a lack of service. After his brief cameo on Thursday night Brighton's Evan Ferguson may be in line to start.

Kenny could also opt to rotate his goalkeeper. Should that be the case Caoimhin Kelleher looks likely to get the nod ahead of Mark Travers. Having played no part on Thursday, Seamus Coleman is expected to feature, while Callum O'Dowda impressed on his return and could be retained at left wing-back.

It's been another challenging year for Kenny. Victory in Malta wouldn't silence all of his doubters, but it would at least ensure 2022 ends on a more positive note. 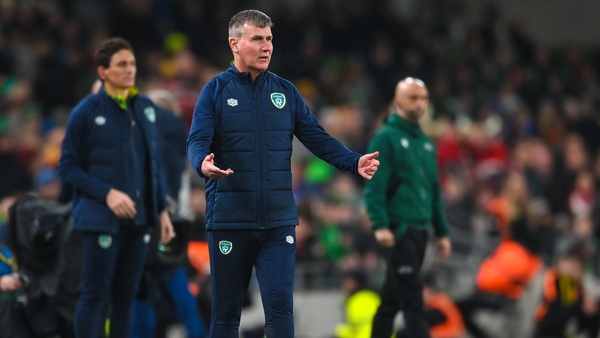 Hamann: Kenny must have been 'watching different game'