Tyreke Wilson has joined his brother John Ross at Shelbourne as Damien Duff shakes up his squad for the 2023 campaign.

The dust has barely settled on Shels' FAI Cup final loss to Derry City but the Reds are already looking ahead, with three new signings in the door on Friday.

"It is not very often that you get the chance to play top level football with your brother," Duff said of Wilson.

"It will be great for the Wilson family to see the boys line out together. On top of that, Tyreke is a very technically gifted footballer and just as important as that, he has an absolute edge to him that I love." 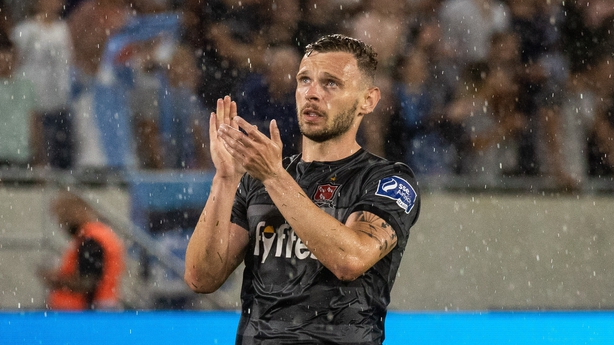 The four-time SSE Airtricity League Premier Division winner made 34 appearances for the Lilywhites in the 2022 season - more than any other outfield player.

He came to at Oriel Park back in December 2012 and will be sticking around for another couple of years at least after penning a fresh deal.

"When this contract ends, I'll have spent nine and a half years at Dundalk," said Boyle. "Some of the best nights of my life have been at this club and I’m delighted that will continue.

"I think people know what Dundalk means to me and you can see the direction we’re heading in again, on and off the pitch. It’s brilliant and I’ll be doing all I can to help us keep moving forward over the next couple of years."

Boyle, Ryan O’Kane and Paul Doyle have all committed their future to the club in recent weeks while a number of this year’s squad are also under contract for next season.