Norway boss Stale Solbakken has challenged his pool of strikers to plug the gap left by the injured Erling Haaland to prove they can do a job if he is missing for a Euro 2024 qualifier.

Manchester City hitman Haaland, who has scored 23 goals for the club since his £51.2million summer move from Borussia Dortmund, has been struggling with an ankle problem in recent weeks and will not face the Republic of Ireland in Thursday night's friendly at Aviva Stadium.

The 22-year-old could yet be available to line up against Finland in Oslo on Sunday, but Solbakken wants his team-mates to use the game at the Aviva Stadium as a dress rehearsal.

Asked how he could plug a sizeable gap in his side, he said: "I don’t tell any other players that they should go in and play exactly the same as Erling.

"In the last qualification campaign, I think he only played four or five out of those 10 games. Now he has been very stable with us and played all the games this year, so we hope that will continue into the next qualification.

"That can happen in a qualification game, so we need to make sure that we have players that can go into the roles, but play it in their own way and not rely on what Erling does or doesn’t do there."

Asked about Haaland's chances of playing at the weekend, Solbakken added: "There’s still a hope of that.

"Obviously he has struggled in the last three weeks at Manchester City with some small things that have kept him out for some games and kept him on the bench for some games.

"He played 90 minutes on Saturday, so we were prepared that there could be a reaction from that.

"Maybe they felt he should play less, but obviously the game did not go as they expected, so it’s not a big thing. That’s why we have hope. He will probably come to Oslo on Friday."

Meanwhile, Solbakken saluted the growing influence of Arsenal midfielder Martin Odegaard for both club and country.

He said: "He is our captain and he has grown very well into that role as well, and obviously he is a key player for us on and off the pitch now. His progressed both as a player and as a person has been immense in the last two or three years. 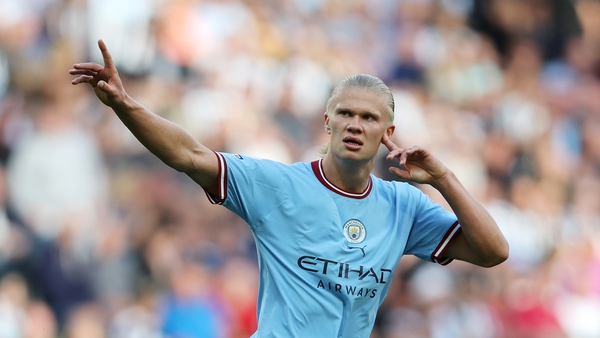