Leicester boss Brendan Rodgers has given his assurances that James Maddison will be fit for the World Cup.

England appeared to have been dealt another injury blow when the Foxes midfielder limped out of his side's 2-0 Premier League win at West Ham, having gone down holding his lower leg.

But Rodgers told the BBC after the match that Maddison will be fit for Qatar 2022, which starts a week on Sunday.

"He’s fine," Rodgers said. "It was just precautionary, a little soreness on the side of the knee. He hasn’t trained a lot this week. He’s OK."

The midfielder, called into Gareth Southgate’s England squad on Thursday, went down holding his leg in the 23rd minute at the London Stadium.

After receiving treatment on the pitch the midfielder, who had opened the scoring with his seventh goal of the season, gingerly left the field.

With England’s first match just nine days away, even a relatively minor injury could mean Maddison missing out in Qatar.

It would be a cruel blow for a player whose exceptional form this season prompted Southgate to call him up after three years in the international wilderness.

Just 15 minutes earlier Maddison had illustrated exactly why Southgate turned to him.

His clever flick started the move in midfield, and when Kiernan Dewsbury-Hall’s low cross was helped on by Patson Daka, the 25-year-arrived at the far post to sweep the ball home.

The injury overshadowed another fine win for Leicester with winger Harvey Barnes, himself once capped for England in 2020, wrapping it up late in the second half.

West Ham also suffered an injury blow in the first half when defender Kurt Zouma, who hurt himself in the warm-up, hobbled off.

Yet the hosts, in desperate need of a win after a miserable run of results, perked up after Maddison’s departure and Said Benrahma and Lucas Paqueta forced fine saves from Danny Ward.

Tomas Soucek had the ball in the net but Jarrod Bowen was offside in the build-up.

Shortly before half-time Leicester were awarded a penalty after VAR correctly ruled that Craig Dawson had fouled Daka in the area.

Youri Tielemans stepped up to take the spot-kick but his effort was saved by Hammers keeper Lukasz Fabianski.

It was a major let-off for West Ham, who went in search of an equaliser after the break with Rice heading narrowly over and Gianluca Scamacca just failing to get on the end of Thilo Kehrer’s cross.

But just as the Hammers were building up a head of steam, a cross-field pass from substitute Pablo Fornals was intercepted and Leicester broke.

Ayoze Perez noticed Barnes tearing past him down the left and played a perfectly weighted pass for the 24-year-old to slot past Fabianski and seal a fourth Premier League win in five matches for the Foxes.

Bournemouth stormed to a dominant 3-0 victory over a lacklustre Everton to pile even more pressure on manager Frank Lampard ahead of the World Cup break.

The Cherries beat Everton 4-1 in the Carabao Cup in midweek at the Vitality Stadium to progress to the fourth round of the competition, and controlled Saturday's Premier League game.

Qatar-bound Jordan Pickford was partially at fault for the Bournemouth opener when the England goalkeeper spilled a Dominic Solanke shot into the path of Marcus Tavernier, who slotted home.

Kieffer Moore added a second in the 25th minute, before all three points were wrapped up by substitute Jadon Anthony in the second half.

Bournemouth had gone into the game on a run of four straight league defeats with interim manager Gary O’Neil yet to be awarded a permanent contract, but they took a further step towards safety against the Toffees.

Everton had scored just 11 goals in 14 Premier League matches before the trip to the south coast and were unable to improve on their tally against Bournemouth and they go into the World Cup break with just 14 points. 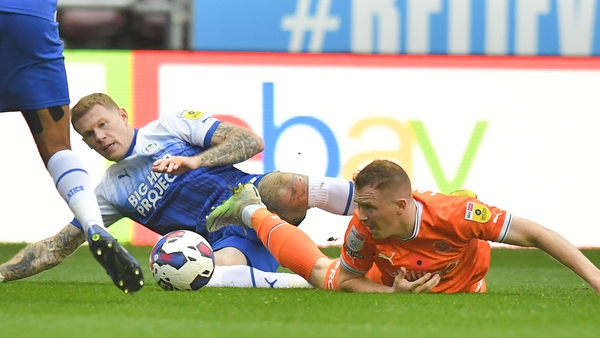