For the next nine months or so, the words 'World' and 'Cup' will be following Áine O'Gorman around in lockstep wherever she goes. Not that she's going to mind of course.

The Republic of Ireland international will be part of RTÉ Sport's comprehensive coverage of the 2022 FIFA World Cup across television, radio and online.

And after that tournament comes to an end on 18 December, all roads for O'Gorman and her Ireland team-mates will then lead towards the dream date with destiny in Australia next summer.

"It's something you dream of as a kid. It still feels surreal," the versatile Peamount United player said at the launch of RTÉ Sport's 2022 FIFA World Cup coverage at House, Leeson St, Dublin as she reflected on the journey towards 2023.

"I'd be driving in my car, going to training, and be like, 'I can't believe we're actually going to the World Cup.'"

The reality that the Girls in Green have qualified for their first ever World Cup really began to sink in as soon as the draw for the 2023 showpiece was made last month.

It saw Vera Pauw's side pitted into a challenging group alongside co-hosts Australia, reigning Olympic champions Canada and Nigeria, who were regarded as among the strongest teams in Pot 4 of the draw.

But O'Gorman is confident that Ireland will be able to give a good account of themselves Down Under, having proven their mettle during the qualification campaign including a draw against powerhouses Sweden and defeating Finland home and away. Not to mention, they overcame Australia in a Tallaght friendly last September.

"We're all really looking forward to the job and it gives you more focus on the World Cup and it does make it feel more real," she said. 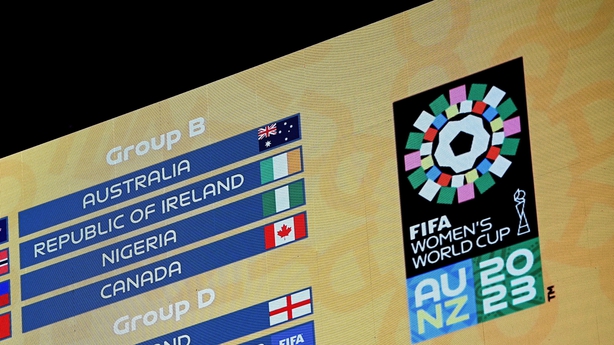 "Obviously tough games; Australia as hosts, Canada Olympic champions and Nigeria are probably the best fourth seeds in the tournament. But there are no easy groups.

"We're going to prepare as best we can and embrace the moment. There is a confidence about the team and a belief in the team that's never been there before and I don't think we're an easy opposition to play against.

"So I don't think Australia or Canada will fancy coming up against us and it's our job to be ready as we can to be at our best."

Having been engrossed in the Irish team's journey at the 2002 World Cup as a 13-year-old, O'Gorman says she's hopeful of "replicating that buzz" which Mick McCarthy's side provided on route to the last-16.

And just like that summer 20 years ago, she expects Brazil to win the 2022 World Cup, while tipping reigning champions France to push them closest.

But off the pitch, Qatar's hosting of the tournament has been controversial in regard to issues including the plight of migrant workers in the country and LGBTQ rights.

O'Gorman feels the actions of stakeholders in keeping a spotlight on those issues will remain key throughout the tournament.

"It's terrible to hear the stories and the working conditions of the migrant workers. Australia came out with a video, Denmark are going to wear the black kit. Hummel, the sponsor, want their sponsor to be blocked off as well," she said.

"These are small things we can use as a platform and like I spoke about, Harry Kane is going to wear the 'OneLove' armband. They're small things they can do to on their platform just to raise awareness and hopefully things will improve."