By Anthony Pyne at Glasgow

Katie McCabe admits it took her time to adjust to the "overwhelming" responsibility of being Republic of Ireland captain as she prepares to lead the Girls in Green into battle against Scotland in tonight's World Cup play-off.

McCabe was just 22 when former manager Colin Bell handed her the armband.

She has since matured into a huge figure for her country, with a historic major tournament breakthrough now in her sights at Hampden Park.

"I remember the phone call from Colin at the time - I thought I was in trouble when I got the call," she said.

"We weren't meeting up at the time, why was Colin Bell ringing me? So obviously he asked me through Emma Byrne’s retirement and that. But five years from the day I was asked to be captain, I wouldn’t have pictured us being in this position.

"I’ve learnt a lot about myself with the captaincy, I wouldn’t have been able to kind of be where I am without the support network I have around me within the team, those senior players to lean on in difficult moments. Yeah, you learn a lot, it was learning on the job, but I wouldn’t be where I am today without the support of a core group of players within the team right now. I’m obviously thankful to have them beside me."

Reflective, but hyper focused on the task ahead, McCabe was reluctant to do too much navel gazing.

"This is getting deep isn’t it?" she laughed when asked what exactly she had learned about herself.

"I need to go training! No look, with getting the captaincy at such a young age, what’s the word… the identity, it can overwhelm you, you can try and be someone you’re not and it can change you very quickly.

"At the start, I was thinking, 'what would Emma Byrne do in this situation?’ But it wasn’t about that, it was about me and I was given the captaincy because of how I was as a person, how I was as a player, what Colin saw in me at the time, as a leader, it was about being myself and leading in my own way, it wasn’t what anyone else would do.

"I’ve grown with that, I think, it’s been a pleasure to do that."

Ireland will need the Tallaght woman to be at her inspirational best to get past a strong Scottish outfit. A cagey, tense night at the office is on the cards.

"It's the stuff of dreams, isn't it? You dream of playing at major tournaments.

"I can't get too ahead of myself, we still have to obviously play the game. One thing for us over the course of the campaign is they've all been massive games, and this is no different.

"Yes, we know what's at stake but we know our strengths and we'll be looking to do everything we can tomorrow night to get over the line." 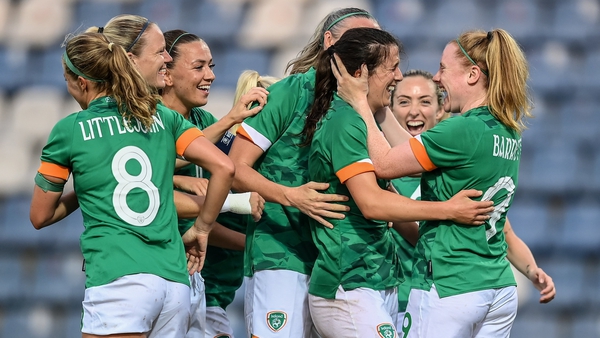