Jurgen Klopp wants Liverpool to push on from a controlled Champions League victory against Rangers that began with the widely scrutinised Trent Alexander-Arnold’s stunning free-kick.

Having been held to a frustrating 3-3 draw in the Premier League by Brighton on Saturday, the Reds returned to Anfield on Tuesday looking for a return to winning ways against Giovanni van Bronckhorst’s men.

Liverpool responded with a 2-0 victory against Rangers that was more comprehensive than the scoreline suggests, with Alexander-Arnold’s excellent effort complemented by a Mohamed Salah spot-kick.

The gap would have been wider had it not been for Rangers goalkeeper Allan McGregor’s excellent performance on a night when the hosts successfully switched to a 4-2-3-1 formation.

"A really good defensive performance in a new structure, offensively created an awful lot. The Rangers goalie had some really nice saves and we missed some other (chances) but I liked it a lot.

"The two goals we scored were really nice. OK, one is a penalty but the move from Lucho (Luis Diaz) for the pen was really good. We played good in these areas.

"The free-kick from Trent was outstanding and set-piece goals are actually my favourite goals because you don’t have to wait for VAR. You just can celebrate them.

"So, in the end I think Rangers came up a little bit but only put us in one situation, really, where Ali (Alisson Becker) had to make a save. But from that, I liked the game a lot.

"No frustration (about not scoring more) at all. I really didn’t want to sit here now and talk about 4-0 or whatever – 2-0 is top, gives us three points. Let’s keep going." 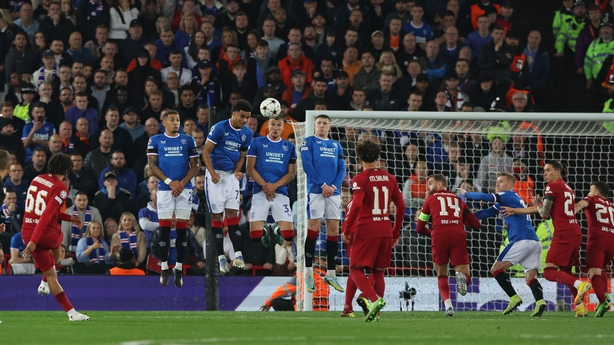 Liverpool are second in Group A after following the embarrassing 4-1 defeat to Napoli with back-to-back home wins against Ajax and Rangers.

Now the Reds will look to get back on track in the Premier League, where a below-par start to the campaign means they are 11 points behind Premier League leaders Arsenal ahead of their trip to north London on Sunday.

"The criticism is completely fine," Klopp said. "We are not over the moon about our situation, let me say it like this.

"I don’t think (criticism) had too much to do with the situation. It was the game that gave us this job to do.

"But I saw tonight a team fully committed. That is what I like a lot and that’s what we have to do."

Klopp joked he has been unable to read newspapers for several weeks due to the criticism – an approach England manager Gareth Southgate may have taken during the recent international break.

The Three Lions boss’ decision to omit Alexander-Arnold from the matchday squad against Germany caused consternation and the right back will be in the spotlight with every Liverpool performance before the World Cup.

While Liverpool are well placed to progress, Rangers have yet to put a point on the board in Group A at the halfway point.

Van Bronckhorst’s Gers welcome the Reds to Ibrox next Wednesday and the Dutchman hopes his side learn from Tuesday’s Anfield defeat.

"We are competing against one of the best sides in Europe so the gap is there," he said. "That doesn’t mean you have to lose the game.

"I think we competed really well because it’s a strong team, set-pieces we defended really well, which is very hard because they take it really well. They have good headers. 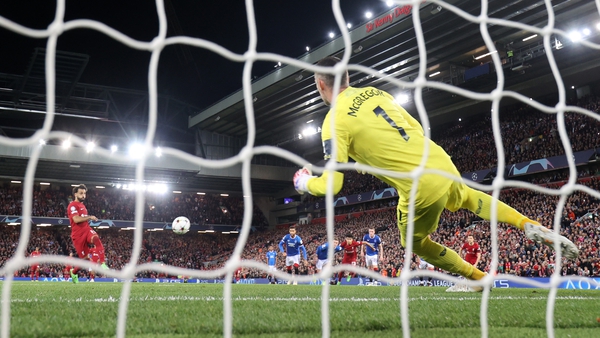 Changed Liverpool back to winning ways against Rangers