Erling Haaland believes the chemistry he had forged with Kevin De Bruyne has been a big factor in his early success at Manchester City.

The Norwegian striker took his tally to 14 Premier League goals with a hat-trick in Sunday's 6-3 thrashing of Manchester United.

"It's insane, the passes, we find each other," Haaland, who joined the Premier League champions in the close season, told City's website in an interview published on Monday.

"I have only been at the club a couple of months, but the chemistry feels so natural. This may be the best part.

"It's natural, that I go on the run, and he finds me. When this feels natural, there is nothing better.

"It is fantastic, it is really something special, but we cannot forget about the others. Kevin is one player, but I could stand there all day and talk about everybody else. It is not only him, but there are also so many others and other amazing passes."

City host FC Copenhagen in the Champions League midweek before returning to domestic action against Southampton on Saturday.

Kyle Walker looks set to miss the Copenhagen match after the England right-back was forced off with a knock during the derby.

Midfielder Rodri, who also missed the derby at the weekend, will be checked in training.

Manager Pep Guardiola said: "Rodri is better but I think Kyle is out. We will see in training later." 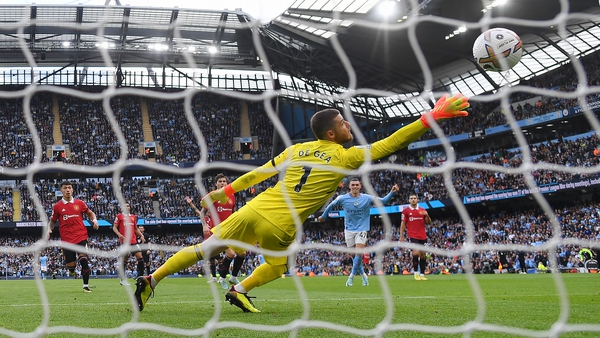