Haaland has made a stunning start since joining Manchester City in the summer, scoring 14 goals in 10 appearances in all competitions.

Despite boasting a prolific record throughout his young career, the 22-year-old has also had a number of niggling injury problems.

Yet with Haaland having so far started every game for City, Guardiola is hopeful they are now a thing of the past.

The City boss said: "Everyone is important but I've always said to the club that the most important department in the backroom staff is the physios. They take care of the legs.

"Erling struggled a lot in Dortmund last season with injuries and arrived here with little problems after a small surgery in the summer.

"He started to work here with (physiotherapist) Mario (Pafundi) and the other guys and thanks to them – and of course his work ethic – he can play regularly now. Last season it was not possible.

"When the players can play most of the time it’s thanks to the physios."

Pafundi even travelled with Haaland to work with the player and Norway during the recent international break.

Guardiola said: "It’s not weird. At events like World Cups and European Championships, many physios go with the players, and Mario is an exceptional physio."

Haaland faces his next big test as champions City host arch-rivals Manchester United at the Etihad Stadium on Sunday.

His battle with Lisandro Martinez, United’s impressive new centre-back, could be intriguing.

At 6ft 4in, Haaland has a clear height advantage over the 5ft 9in Argentinian, but Guardiola insists that does not necessarily offer an indicator of how the battle will be won.

Guardiola said: "Erling is taller, that is for sure, but I like it when the people underestimate a football player just for his size.

"He can tell them: 'I am here, I am a good player, I can play everywhere’. He’s a fantastic player – incredible in the build-up, good mentality, aggressive.

"It is not the first time he has played against strikers who are taller than him and he handles it.

"Of course, the crosses into that position, Erling is taller, but we will see what happens."

Haaland’s fellow summer signing Kalvin Phillips remains on the sidelines after undergoing an operation to correct a recurring shoulder problem during the international break.

The midfielder has seen just 14 minutes of action since joining City but Guardiola is hopeful the England international can return in time for the World Cup.

Guardiola said: "He is feeling good. The surgery was really good and the mobility is getting better.

"He took the right decision, otherwise he could not move forward. Now it’s solved this problem and as soon as he is ready he can come back, hopefully in time to go to the World Cup."

Defender John Stones is also out after suffering a hamstring injury while away with England. Guardiola expects him to be absent for "maybe 10 days, two weeks". 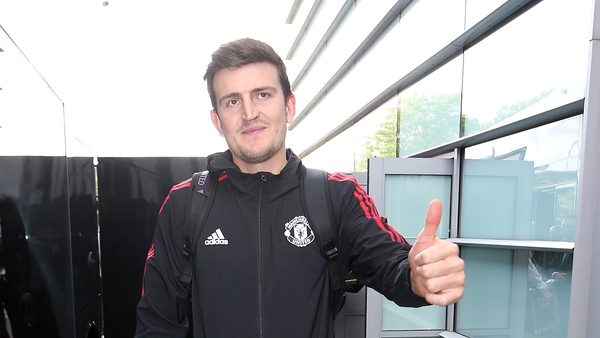 Rashford and Martial return to training following injury, but Maguire will definitely miss the Manchester derby