Everton have been fined £300,000 (€340,000) by the English Football Association for the pitch invasions that marred their Premier League match against Crystal Palace on 19 May 2022.

Supporters entered the field at Goodison Park during the 3-2 win over the Eagles, which guaranteed their top-flight status last season.

Dominic Calvert-Lewin's 84th-minute winner sparked a pitch invasion and a second took place after the final whistle with Palace boss Patrick Vieira involved in an altercation with a supporter.

The FA charged Everton back in July over the incidents and revealed the punishment on Friday afternoon.

"Everton FC has been fined £300,000 for two breaches of FA Rule E20 that occurred during the 84th minute of its Premier League fixture against Crystal Palace on Thursday 19 May 2022 and following the final whistle," an FA spokesperson said.

"Everton FC admitted failing to ensure that its spectators – and all persons purporting to be its supporters or followers – conducted themselves in an orderly fashion and refrained from using threatening and violent behaviour whilst encroaching onto the pitch area.

"An independent regulatory commission subsequently imposed these sanctions, which remain subject to appeal, and the written reasons for its decisions will be published in due course."

Elsewhere on the transfer front, Chelsea are at the head of the queue to sign RB Leipzig's Christopher Nkunku next summer.

The striker is thought to have undergone medical tests for Chelsea this year, but with an eye on a potential transfer in 2023.

The France forward is thought to have a €60 million release clause at Leipzig, and Chelsea's new owners have already made inroads towards securing a transfer.

The prolific striker netted 35 goals last term and has already hit the ground running this season with six in 11 games.

Co-controlling Chelsea owners Todd Boehly and Behdad Eghbali are continuing a rapid-pace overhaul of the Stamford Bridge club, both on and off the field.

And the new Blues chiefs' aggressive recruitment will not remain confined to the summer’s hectic window.

Chelsea are continuing to push hard to add to their off-field set-up, with the London club seeking both a sporting director and a technical director.

Macaulay will bridge the gap between Chelsea’s on-field ranks and the boardroom set-up, though former Brighton boss Potter’s communication and emotional intelligence were part of the appeal when the Blues installed him to replace Thomas Tuchel. 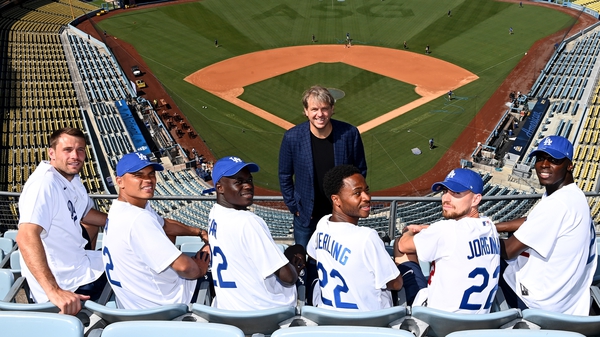 English football and America: A not so special relationship